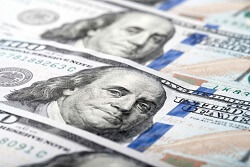 Dow Jones Industrial Average News, 8/17/2016: The markets are in store for another heavy day of earnings reports as all three indices attempt to push back toward all-time highs.

Most of the market chatter on the floor of Chicago today has centered on oil prices and what to expect from the U.S. Federal Reserve.

Though two members of the Fed hinted on Tuesday that the central bank could hike rates in September, the odds of such a boost remains low.

Let's get to today's top stock market news, stocks to watch, ways to profit, and economic calendar for Aug. 17, 2016.

Dow Jones futures projected an 11-point decline at the opening bell as traders eye earnings reports and a critical report from the U.S. central bank. The Federal Reserve will release its minutes from the July FOMC meeting. Yesterday, two members of the Federal Reserve suggested that an interest rate hike is on the table in September. Comments from William Dudley and Dennis Lockhart helped push markets down from record highs set on Monday.

Crude oil prices were down slightly after traders digested inventory data from the American Petroleum Institute. The industry trade and advocacy group said that the United States experienced a surprise gain in gasoline inventories last week. Meanwhile, investors are starting to weigh the real odds that OPEC members will agree to a production freeze in order to support crude prices. Money Morning Global Energy Strategist Dr. Kent Moors has told energy traders to not expect a production freeze due to Saudi Arabia's standing as the cartel's largest producer. As Moors explained last week, Saudi Arabia has burned too many bridges with its own cartel members to get a deal done. Here is Kent's full prediction for OPEC's September meeting.

In pre-market hours, WTI crude was down 0.3%, while Brent crude fell 0.2%. Expect some movement in prices later today when the U.S. Energy Information Administration releases the official government report on domestic crude and byproduct inventory levels.

Gold prices were sliding early this morning as chatter about the July FOMC minutes and a possible rate hike this fall rattled gold-bug sentiment. Any hike to the U.S. dollar would strengthen the U.S. greenback against commodities like gold, silver, and oil. Of course, Money Morning Global Credit Strategist Michael Lewitt told readers to start buying gold in November 2015, a month before the last rate hike. Since then, gold prices have climbed over 24%. If you missed out on those gains, don't worry. We see gold prices soaring even higher from here. And if you want to start purchasing gold now, these are the three strategies you need to know.