Earlier this month, I wrote to you about the two conflicting solar initiatives the ballot in Florida. But there's an even more important political contest over solar going on in the United States right now.

The issue is "net metering," and it's the battlefield on which the next advance in solar energy is playing out.

Net metering is simply the policy that allows owners of solar panels to sell back the power they generate to the grid at market rates. Needless to say, utilities are against the practice, as the policy turns their customers into competitors.

Must See: The Simple Reason Why OPEC Won't Strike an Oil Deal

And in this "rooftop war," Nevada has led the way by virtually destroying an entire statewide industry with a single decision...

Nevada Is Ground Zero for This "Rooftop War" 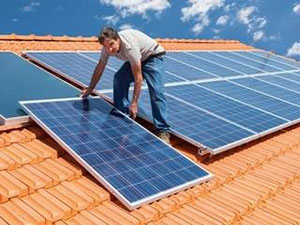 Not only is net metering a primary way of cutting the effective cost of owning solar panels, leading to a spurt in households switching to solar, but as some states have extended net metering to commercial users, solar companies have also noticed more and more interest from that sector as well.

Needless to say, utilities are against the practice, claiming that it amounts to a subsidy paid by non-solar users to those with solar panels, resulting in unjustified rate increases among the non-solar population.

The reason behind this change was itself created by lawmakers. When initially approving net metering, Nevada's legislature placed a cap on the number of people who could use the net metering system. And last spring, that cap was about to be reached.

In response, the PUC decided that solar rates should go up, concluding that the existing levels required customers without solar panels to subsidize those with the panels. The commission, in short, adopted the utilities' argument - and the result was immediate.

Large solar companies laid off thousands of workers in the state, with most closing their doors and suspending operations completely. Smaller companies have virtually disappeared. The few surviving ones have restricted their businesses to only offering efficiency fixes for Nevadans who already have solar panels.

But Nevada's solar industry also fought back. They began a well-publicized campaign to reverse the PUC decision and quickly focused on one key strategy...

Nevada's Voters Will Get a Say One Way or Another

The solar industry joined forces with consumer action groups defending the interests of rooftop solar owners and tried to get the matter in front of voters on the November ballot.

You may recognize that strategy from what's going on in Florida right now.

Initially, things looked promising. More than twice the number of needed signatures was quickly collected. But then the state supreme court chimed in.

On Aug. 4, the court ruled unanimously that the measure contemplated was not a proper matter for a statewide vote. With the ballot route off the table, advocates for the solar initiative now have only one option - putting pressure on the state legislature.

More on Energy: This "Export War" Is the Real Culprit Behind Cheap Oil

That puts this contentious issue right back into the laps of the same folks who created it to begin with.

It's also unleashed extremely well-funded campaigns by both the utilities and solar groups intended to influence (and pressure) elected officials. The punches and counter-punches are already monopolizing the air waves... and the state legislature won't even be back in session until Feb. 6, 2017.

These campaigns are focused on two issues...

First is the attempt to "grandfather" the estimated 30,000 existing solar customers under the old rates - the rates that were in place when these Nevadans installed their solar panels.

This measure already has the support of Gov. Brian Sandoval, who has promised to introduce a "grandfather" bill when the legislature reconvenes... next spring.

Second, and more important, is this. As it currently stands, the PUC decision effectively ends the expansion of residential and commercial solar power in the state, choking off what had been (after tourism and gaming) the largest domestic industry in the state.

Estimates by solar advocacy groups put the lost jobs at almost three times the current residential solar users - in other words, at about 90,000 lost jobs.

In one decision, the PUC ended Nevada's preeminence in residential solar energy.

And with campaign money and ads filling radio, TV, and newspapers from now until the November election, there's little doubt that solar power in general, and net metering specifically, will be an important (if not the main) issue in Nevada's state elections.

Both sides are now marshalling data to argue that legislators in the opposing camp are likely to lose re-election. The utilities alone have already spent over $2 million in a statewide advertising blitz to drive their position home.

On the other side, advocacy groups for solar users have staged highly publicized protests. In some cases, these have resulted in state legislators' home offices being closed.

As important as this is to Nevadans, the impact of what's happening doesn't end at the state border...

This "Rooftop War" Could Change the Face of the Solar Industry

But with similar attacks on net metering underway in Arizona and Colorado, all eyes are on Nevada once again. How the state's "rooftop war" ends will have much wider implications for the solar industry and the utility sector.