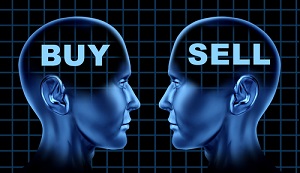 The Dow Jones Industrial Average is looking to get back on track after a tepid day of trading on Wednesday.

Markets hit an all-time high on Monday, but they have hit a dull stretch in recent sessions as investors eyed an important update on the timing of interest rates and a slew of earnings reports.

Yesterday, the Dow saw modest gains after the report from the U.S. central bank indicated that policymakers believe a rate hike may be needed soon.

Editor's Note: Here's what you need to know from the release of minutes from the Fed's July FOMC meeting.

Thursday will be a busy day for the markets, particularly with earnings reports and traders turning their attention to global oil prices.

Don't be surprised if most talking heads focus on just the Federal Reserve today. While they're busy speculating on what we already know – that the U.S. central bank has lost its way – we're presenting readers with a number of different profit opportunities that have emerged this week.

Now let's look at the most important market events and stocks to watch today, plus your economic calendar, for Aug. 18, 2016.

The Dow Jones Industrial Average projects a 16-point decline at the opening bell as traders remain mixed on the message the Federal Reserve has sent about the timing of another rate hike. The central bank has teased another hike since December. However, it has only voted for one rate increase since ending the third round of its massive quantitative easing program.

Oil prices are back near six-week highs as investors speculate over rumors about a potential production freeze among some of the world's largest crude suppliers. For two weeks, members of OPEC and Russia have hinted that nations will work together during a meeting in September and freeze production to ensure a higher price for crude. While that seems wonderful in theory, Money Morning Global Energy Strategist Dr. Kent Moors explains why the deal won't happen.

Gold prices are back in focus after the Fed released its minutes. Since Money Morning Global Credit Strategist Michael Lewitt recommended that readers consider investing in the precious metal in November 2015, the yellow metal's price has appreciated by 24%. And we argue there is still plenty of room for gold prices to run.

Up Next: One Billion Reasons Why This Company Is Good for Another 100% Profit