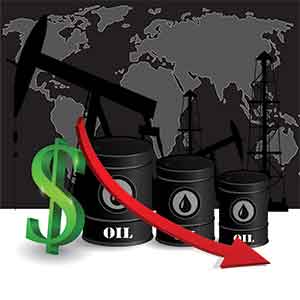 Get ready for a wild day on Wall Street. This morning, the Dow Jones Industrial Average projected a decline as oil prices slide and traders wonder if there will be an interest rate hike in 2016.

Yesterday, the Dow eked out gains as energy stocks held off a slump from industrial stocks. Shares of Caterpillar Inc. (NYSE: CAT) slumped after the firm reported a sales decline for July.

Today, we are going to focus on several profit opportunities that are sliding under the radar in pre-market hours. Let's get right to the most important stories for Aug. 19, 2016.

The Dow Jones Industrial Average projects a 61-point decline this morning as oil prices reversed course from its recent rally. Oil prices are falling as traders eye data that suggests domestic oil production could be on the rise and fueling a glut of supply. Later this afternoon, watch for the Baker Hughes Inc. (NYSE: BHI) rig count.

Oil had been surging in recent sessions on speculation that OPEC will meet next month to discuss a potential freeze in production to support crude price levels. It seems that the markets are finally listening to Money Morning Global Energy Strategist Dr. Kent Moors. Last week, Kent explained that the deal won't happen due to geopolitical differences between Saudi Arabia and other major members of global oil cartel OPEC.

Trending: Here's What Nobody Gets About the Media's "Oil Glut" Mantra

The Federal Reserve is back in focus on the timing of the next interest rate hike. Since Wednesday's release of the FOMC minutes from its July meeting, various members of the central bank have weighed in on their hopes for U.S. monetary policy. The latest was San Francisco Federal Reserve Bank President John Williams, who said in a speech that he believes a rate hike should "be on the table" during the Fed's next meeting in September. Here is more on when the next interest rate hike could happen.

Silver prices slumped nearly 2% on speculation that the Federal Reserve may hike interest rates in the months ahead. The metal has fallen more than 3% in August, but our latest silver price prediction shows a climb before 2017.

Finally, Republican presidential nominee Donald Trump apologized for some of his previous remarks that "caused personal pain." The billionaire has faced significant criticism for his recent remarks about the family of a fallen soldier. Meanwhile, Trump doesn't plan to release his tax returns as the election enters the home stretch. That decision has many wondering the true net worth of Trump.

Up Next: This U.S. Bank Is About to Relive the 2008 Derivatives Nightmare