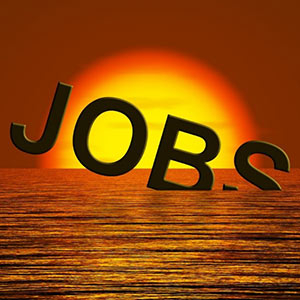 The idea of a $15 minimum wage used to be unheard of – a fringe concept promoted by the most outrageous of liberals.

But then the 2012 restaurant workers strike came. Its protests received widespread media attention.

Politicians like California Gov. Jerry Brown (D) and Vermont senator and former Democratic presidential hopeful Bernie Sanders took the issue under their wings and made it central to their respective campaigns.

Now $15 minimum wage is almost here: The cities of Los Angeles, Seattle, and San Francisco will gradually adopt the wage increase starting in July 2018. And by the year 2022, the entire states of California and New York will have enacted a $15 minimum wage mandate.

The obvious next step is for a $15 minimum wage mandate to become national law.

Which could have damaging consequences.

Because in the long run, a higher minimum wage would be more hurtful toward the working class than helpful.

A new study out of the Heritage Foundation released Tuesday (Aug. 17) looked at the effects of a federally mandated $15 minimum wage on the nation's job growth.

Don't Miss: July's jobs report was a blowout, with 255,000 jobs added. Heck yeah, right? Not so fast. Here's why that data is not to be trusted…

James Sherk, the chief researcher on the study, concluded that a $15 per hour minimum wage mandate would ultimately result in the loss of 7 million U.S. jobs – or 6% of the nation's workforce.

Here's how Sherk came to that number…

In order for a business to hire a worker at $15 an hour, he explained, that worker would have to produce in excess of $38,700 a year in value for their employers (this includes wages, employer payroll taxes, and Obamacare-mandate penalties).

While this could be possible in some situations, such a high minimum wage would make it very difficult for less skillful workers to get hired in the first place. After all, they're far less likely to come into a position churning out the minimum $38,700 worth of goods and labor from the get-go.

Furthermore, Sherk noted that a national mandate might prompt businesses to simply look for employees elsewhere.

"Some companies might have to face shutting down or leaving America entirely to cope with the additional expenses," Sherk wrote in his report.

This means a $15 minimum wage mandate could cause an uptick in outsourced labor.

Money Morning Chief Investment Strategist Keith Fitz-Gerald, who's been following policy-responsive economic trends for over three decades, touched on this subject back in March.

Fitz-Gerald told readers that, first of all, the statistics associated with minimum wage workers are vastly overblown by the media and vigilante researchers.

Here's the truth behind those skewed minimum wage numbers…

First, Fitz-Gerald pointed out that "very few people actually receive truly low wages" – and they make up a smaller portion of the workforce than they used to.

"Minimum wage earners fall into two primary groups that are hardly representative of the broader swath of the American public worker advocates and vote-hungry political types in both parties want you to believe," Fitz-Gerald wrote.

Those two subsets of workers are:

The more concentrated of these two subgroups are the school-age employees under the median age of 24 years old – not the middle-aged, blue-collar worker often presented to the public by the mainstream media. 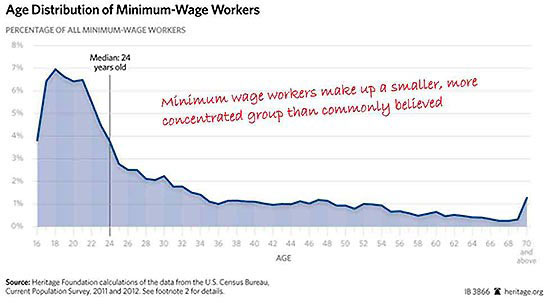 Furthermore, Fitz-Gerald explained, while many advocates tout the fact that a $15 minimum wage would reduce poverty nationwide, it would actually have the potential to produce the opposite effect.

Indeed we do: The government went bankrupt, thousands lost their jobs as Greek companies shuttered their doors, downsized, or simply left for lower-priced countries, and labor unions rioted.

Up Next: The best way to offset the threat of a $15 minimum wage is to prioritize investments in high-growth businesses. Here's a look at two companies who could help prop up your portfolio in the event of a Greece-like minimum wage-responsible financial crisis…