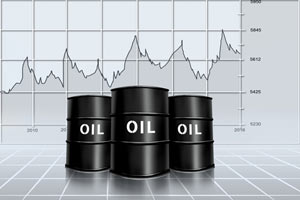 On Friday, the Dow slipped more than 40 points as the schizophrenic messages from the U.S. Federal Reserve have traders now believing that an interest rate hike is possible in the coming months. We dive deeper into that topic here.

Today, we are going to focus on several profit opportunities that are sliding under the radar. Let's get right to the most important stories for Aug. 22, 2016.

The Dow Jones Industrial Average projects a 51-point decline as investors eye a speech this week from Chair Janet Yellen at the economic symposium in Jackson Hole, Wyoming. Later this week, the Kansas City Federal Reserve Bank will host central bankers around the world for three days to discuss monetary policy.

Since Wednesday's release of the FOMC minutes from its July meeting, various members of the central bank have weighed in on their hopes for U.S. monetary policy. The latest was San Francisco Federal Reserve Bank President John Williams, who said in a speech that he believes that a rate hike should "be on the table" during the Fed's next meeting in September.

Oil prices are retreating this morning after traders admitted that last week's rally was overblown due to optimism over OPEC's upcoming production meeting. WTI crude was off 2.6%, while Brent crude slid 2.9%.

A default is coming, and it's going to get ugly fast. As of the end of August, 113 companies had defaulted on their debt in 2016, already matching the total number of defaults from 2015. The year-to-date default count was also 57% higher than a year earlier. Money Morning Global Credit Strategist Michael Lewitt says that the situation is only going to get worse.

Silver prices slumped nearly 2% on speculation that the Federal Reserve may hike interest rates in the months ahead. The metal has fallen more than 3% in August, but our latest silver price prediction shows a climb before 2017.

Up Next: Why Investing at Market Peaks Can Be Very Profitable