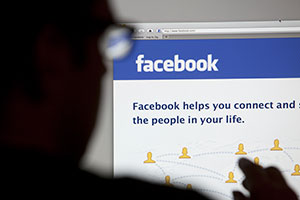 But that's just the start for FB stock…

Facebook's Q2 2016 earnings report is the biggest reason for the Facebook stock price rally in 2016.

The social media giant also reported impressive user growth for its other services.

When CEO Mark Zuckerberg first purchased picture app Instagram in 2012, it had a total of 30 million users. Now Instagram has over 500 million MAUs.

All of these factors helped drive the FB stock price 18% in 2016. And even though FB is trading near all-time highs, our Facebook stock price analysis shows even more gains in September from today's opening price.

That's why we're bringing our Facebook stock price analysis to readers before September, to lock in even more profits…

In our Facebook stock price analysis, we made a shocking discovery…

And the reason is surprisingly simple…

So when these executives and big investors are away, there is less activity in the markets.

But once these investors are back, the markets return to normal. And because hedge fund managers and financial executives are looking to boost Q4 numbers, they enter strong stocks like FB.

Urgent Warning: A Default Spree Is Coming… and It's Going to Be Ugly

So as the buying activity increases, prices climb and more and more investors want a piece of the action. From retail investors to hedge funds, no one wants to get left behind when a stock starts to rally.

And while there is a chance to lock in short-term gains now, it's also important to look at the long-term outlook for Facebook stock.

By 2020, Money Morning Director of Tech & Venture Capital Michael A. Robinson projects that FB stock will trade for $250 per share. From today's opening price of $123.34, that's a potential profit of 102%.

Up Next: This U.S. Bank Is About to Relive the 2008 Derivatives Nightmare