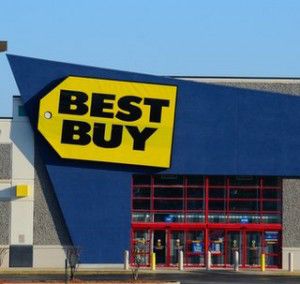 This morning, the Dow Jones Industrial Average was up in pre-market hours after a huge earnings report from Best Buy Co. Inc. (NYSE: BBY) boosted investor sentiment. Shares of the big-box retailer surged more than 15% after the firm crushed earnings expectations.

Markets are back within striking distance of record highs. Money Morning Chief Investment Strategist Keith Fitz-Gerald believes that investing in the markets when they sit at such lofty levels can be very profitable.

On Monday, the Dow dropped 23 points after a sharp sell-off in energy stocks and more speculation swirled about the timing of the next interest rate hike by the U.S. Federal Reserve.

According to CME Group's FedWatch tool, the odds of an interest rate hike in September sit at 18%. Meanwhile, the probability of a rate hike for December increased to 53% on Monday.

Now let's look at the most important market events and stocks to watch today, plus your economic calendar, for Aug. 23, 2016.

The Dow Jones Industrial Average projects a 42-point gain at the opening bell after Best Buy beat earnings estimates. The company reported quarterly earnings of $0.57 per share, well above Wall Street estimates of $0.43. The firm also reported that same-store sales increased by a staggering 15%.

Oil prices have been retreating as concerns about increased supply in the global markets outweighed hopes that global producers will cap production in order to support prices. Oil prices had rallied for seven straight days before falling sharply during Monday's trading session. Major stories that are pushing supply concerns higher are taking place in Nigeria and Iraq. In Nigeria, the militant group that had been attacking the nation's supply chain has announced that it is seeking a cease-fire deal. Meanwhile, Iraq announced it had completed maintenance on a major pipeline in the northern portion of the country and resumed operations.

OPEC is set to meet in Algeria on Sept. 26 to discuss its production targets. Despite increased optimism among traders and investment firms, Money Morning Global Energy Strategist Dr. Kent Moors says that investors should brace themselves for disappointment from OPEC. Kent argues that this country is going to prevent a deal from happening.

However, the story sliding under the radar today centers on another drug price hike by a pharmaceutical company. Various reports indicate that the Senate Judiciary Committee is asking drug maker Mylan NV (Nasdaq: MYL) why it has dramatically increased the consumer price of EpiPen devices, a medical tool used to treat patients with severe allergic reactions like those created by bee stings. Mylan raised prices from $57 to $500 per device. The Federal Trade Commission is also set to investigate the price hike as well.

Up Next: This Market Could Grow 33% a Year for the Next Decade