If you have any intention of ever reaching retirement, I've got some bad and good news for you.

The U.S. Federal Reserve's zero-interest-rate policies were designed to benefit big banks with the hope that their flushed-up profits would trickle down into the economy and spur growth. That hasn't happened enough to benefit many Americans.

Last week, I told you just how much money Americans have missed out on in the Fed's near-zero interest rate environment - an astounding $470 billion between 2008 and 2013.

Don't Miss: The Fed is the biggest threat to your financial freedom. Learn why and how to protect your wealth - and even profit - right here...

As if that isn't bad enough, it's actually worse... 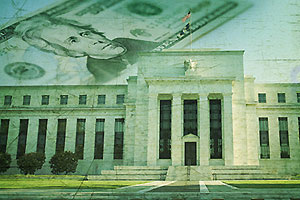 As you know, the Federal Reserve (which isn't a branch of government but a private central bank whose shareholders are a cabal of big banks) runs America's monetary policy and forcefully dictated it's "wealth effect" plan onto Americans.

What is the Fed's wealth effect plan? It's to keep interest rates so low that there's no incentive for savers to save and so low that investors looking for yield are forced into riskier financial assets to get any kind of return.

And the wealth effect?

That's what we're all supposed to feel when financial assets, in particular the stock market, is pumped up by aggressive speculators feeding off the Fed, normally conservative fixed-income investors chasing stocks, and anyone looking for any kind of return or appreciation on any investment capital or savings bidding up financial assets so that headlines shout, "It's another record day on Wall Street," and we feel the wealth.

Well, the plan to pump up the market so it keeps making new highs has worked.

And IRAs and retirement accounts that own stocks are looking better. And pensions are a little better off. And since there's no incentive to save and rates are so low it makes sense to spend and consume, the economy's edging ahead. It's working, kind of.

Do you feel the wealth effect enveloping you like a warm summer breeze, like a cozy security blanket?

If you don't, you're not alone.

Three Steps to Survive and Thrive

The bad Fed policy is bad news for most Americans, especially savers, folks nearing retirement and retirees. And if the inflated stock market backtracks any time, which a lot of billionaire hedge fund geniuses and institutional investors and yours truly think it will, that so-called "wealth effect" will evaporate like a drop of water in the Sahara.

So what's the good news?

Now that you know what the Fed's game plan really is, why the market's making new highs, why rates are so low, you can play the game and thrive your way into retirement.

There are only three steps to take, and the beauty of this road to retirement plan is that you ride it over and over again to keep adding to your retirement nest egg.

The first step is easy, at least it sounds easy. In reality it's the hardest part of the plan.

Step 1: Save Every Penny You Can

The only way to make money is to have some to invest. So, cut back whatever spending you can. Save as much as you can as often as you can. In fact, you need to save something every day. Figure out what you can save. Maybe make coffee at home for about five cents a cup as opposed to a $3.75 latte. I shake the milk carton before pouring it in my coffee, that's my latte.

With interest rates so low and no income to be had on bonds, hold onto the ones you have that yield at least 3.5% to 4%. Dump the others, which you'll probably have some price appreciation in if they're bonds. But don't buy or hold no-to-low-yielding CDs or bonds unless you're parking cash there for emergencies.

Buy stocks that are going up. That means buy shares of companies whose stock price has been going up. That's because good stocks with upward momentum keep going up. Don't try and "bottom-fish" and buy cheap stocks because they're down in the dumps and you think you're getting a good bargain. That's too risky.

Ideally, you want to buy stocks that have upward momentum and pay a good dividend. I like a dividend yield above 3%. REITS have higher yields and so do most utilities and tobacco company stocks. I like those, too.

The most important thing to remember when you buy stocks - besides trying to diversify as much as you can, which means having at least three to four positions, up to maybe six to eight positions, if you can - is to make sure you don't lose too much on any of your positions.

I almost always use stop-loss orders to get out of positions. For our purposes here, 10% is a good, tight stop.

Take small losses and move on. Maybe you'll buy that stock again if it starts acting better, or maybe you'll have a ready replacement for it.

As your stocks move up, raise your stop-loss orders. Once my stock is up 10%, I like raising my stop to where I bought the position. If it falls back and I'm stopped out, I don't lose anything except the commission cost.

As prices go up, I like raising my stop-loss orders so they're about 10% below the stock price. If the stock you're in is a bit more volatile, you might want to give it more room to move and leave your stop about 15% to 20% percent below its price.

That's not hard. By being in stocks, you can ride the market and keep riding it as long as it's going up.

Now, here's how this really works...

Because the Fed will have to keep rates low for years, you're not going to get a chance to move much into bonds, which would be what you're supposed to do the older you get. But that's not going to be possible because of economic conditions, and especially if the market drops.

The beauty of the market dropping - and it will - is that you will get taken out of your positions and can buy back in at lower levels.

You've got to be in the stock market. It's the only place where you can make enough money to retire on.

Is it dangerous? No, not if you use stop-loss orders and only take little losses.

The stock market is going to go a lot higher. The bottom line is that there are fewer and fewer shares of public companies in the market because of buybacks, mergers and acquisitions, and so few new companies coming to market. Meanwhile, there is more and more wealth and capital being created. That capital is always looking for the best return, and that's in the stock market, chasing those available shares.

Falling markets, when you're on the sidelines watching, are a thing of beauty. The more they fall, the cheaper the shares will become that you'll buy when you get back in.

You've got to be in it to win it. It's the only way to play a rigged game. Play to win.

Up Next: How the Fed Is Killing the Economy and Threatening Your Retirement