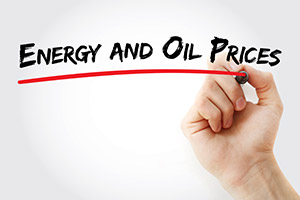 This morning, Dow Jones Industrial Average was flat as investors eye another day of earnings reports and look to profit from another decline in oil prices.

While economic data dominates the headlines, the chatter on trading floors this morning has centered on the Federal Reserve Bank of Kansas City's annual Economic Policy Symposium, which kicks off on Friday.

On Tuesday, the Dow gained more than 17 points after technology companies rallied and positive housing market data fueled optimism about the health of the U.S. economy.

Today is also the one-year anniversary of a "flash crash" that saw the Dow Jones crater more than 1,100 points in just five minutes.

Now let's look at the most important market events and stocks to watch today, plus your economic calendar, for Aug. 24, 2016.

The Dow Jones Industrial Average projects a seven-point gain as investors prepare to weigh a busy day of housing data and markets absorb news of a major earthquake in Italy. Investors are also preparing for Friday when Federal Reserve Chair Janet Yellen gives a speech on monetary policy during a symposium in Jackson Hole, Wyoming. While everyone is speculating on Yellen's comments, the real story is about a looming market crash. A U.S. stock market crash is imminent, despite the Fed's best attempts to convince you otherwise.

Oil prices were sliding this morning on news of a surprise inventory build in the United States. That puts today's inventory report by the U.S. Energy Information Administration in focus. The uptick in crude supplies offset optimism that global oil cartel OPEC could engage in a production freeze to support crude prices. WTI crude was off 1.9%, while Brent crude slid 1.3%.

OPEC is set to meet in Algeria on Sept. 26 to discuss its production targets. Despite increased optimism among traders and investment firms, Money Morning Global Energy Strategist Dr. Kent Moors says investors should brace themselves for disappointment from OPEC. Moors argues that this country is going to prevent a deal from happening.

But the story sliding under the radar this morning comes from Roger Stone – the controversial off-the-record adviser to GOP presidential nominee Donald Trump. Over the weekend, Stone reiterated claims that he's got juicy intel on a Hillary Clinton "October Surprise."