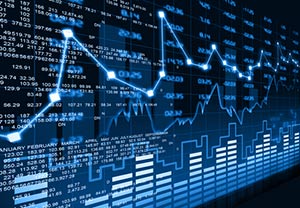 But don't be necessarily fooled by the rhetoric. The Fed has been teasing a rate hike since it finally took action last December.

Money Morning Chief Investment Strategist Keith Fitz-Gerald argues two important things about the Fed. First, there are stocks you can buy that will outperform and aren't subject to the whims of the central bank. Second, the Federal Reserve has no idea what it is doing, and they are just crazy enough to raise interest rates now so they can lower them when all of their economic misfortunes come home to roost.

The Dow slipped 33 points as healthcare stocks slipped 1% on the day and traders took a breath before an important speech on monetary policy from Fed Chair Janet Yellen on Friday. The head of the U.S. central bank will talk tomorrow during a symposium hosted by the Kansas City Federal Reserve Bank in Jackson Hole, Wyoming.

Traders are starting to grow more convinced that the Federal Reserve will engage in at least one interest rate hike in 2016. According to CME FedWatch, the probability of a rate hike rose today from 21% to 24% for September. Meanwhile, a December rate hike sits at 57%. Expect a lot of speculation before and after tomorrow's speech.

Oil prices have been falling on rising supply concerns and waning expectations about the size of any production freeze by OPEC. The global oil cartel is set to meet in September to discuss a possible cut to global output. However, Money Morning Global Energy Strategist Dr. Kent Moors has warned investors that it is unlikely that OPEC will reach a deal during a meeting in September.

In fact, Kent explains that the problems in the global oil market are only getting started for OPEC, just as the Second Arab Spring is underway.

Up Next: The real reason Congress gets nothing done isn't partisan gridlock. It's that the primary duty of our elected representatives is no longer making laws - it's this...