On Aug. 24, I was on Chinese national television, being interviewed about the latest rumors of a possible new OPEC deal to cut or freeze oil production (you can see the full interview here).

These rumors center on the International Energy Forum (IEF) meeting scheduled to take place in Algiers on Sept. 26-28, where OPEC and other energy producers and consumers will meet.

Now, these IEF sessions take place every other year, with a number of scheduled events.

But the real action takes place outside the formal panels, in sidebar conversations. And lately, rumors have been circulating that these informal discussions may create the breakthrough to boosting oil prices.

Trending: OPEC Is Squarely in the Danger Zone - Just as Arab Spring II Is Coming...

It's true that the situation is changing, but this has little to do with market forces. Instead, this push for an agreement is driven by the exhaustion felt by OPEC governments.

Now, that doesn't mean you should hold your breath for an OPEC deal in September. In fact, I don't think there'll be one.

But that doesn't mean a deal to boost oil prices is off the table...

Asia Is Now the World's Most Important Oil Market 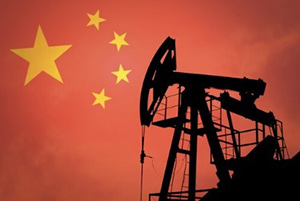 Given the 12-hour time difference, an 8:45 p.m. recording on the U.S. East Coast actually translated into a showing just before the Chinese markets open the next morning. Now, the producer of the show is also fond of reminding me that the number of viewers at that time (about 350 million) exceeds the total population of the United States.

Fortunately, all I have to do is keep my eyes fixed on a red light just above the camera...

The topic of the show this time around was something far more important to oil prices in China and the rest of the world than the mumblings of fund managers that you'll see on U.S. "business news" channels.

You see, despite what constant quotes about U.S. inventory or EU oil demand might make you think, the crude oil market hasn't been driven by North America or Western Europe for years.

The catalyst for rising oil prices is the demand in the developing world, specifically Asia. This trend will grow stronger going forward, through at least 2035 - as you've no doubt seen in Oil & Energy Investor before.

All of which means that the current range-bound oil trading will be impacted by market events elsewhere, not by what occurs in the United States.

For the rest of the world, the focus is now firmly on the International Energy Forum (IEF) meeting scheduled to take place in Algiers on Sept. 26-28. Now, these IEF sessions take place every other year.

But the real action occurs in the sidebar conversations at the margins of the formal meeting. And now, rumors are circulating that the breakthrough on providing a genuine floor for oil prices may emerge in Algiers.

The situation is indeed changing, but it has little to do with market forces. Instead, this push for an agreement is driven by the exhaustion created by a clash of national policies...

An OPEC Deal Is Coming - but Not in September

I believe the sidebar meetings in Algiers may set the stage for the announcement of an agreement later this year. But any deal will have to balance some very difficult elements.

One of these is OPEC's internal conflict. These rivalries will provide their own stimulus for a slow rise in oil prices.

In short, Iran's inability to sustain higher production and export volume, when combined with Saudi Arabia's need to improve the price of crude in advance of the mega-IPO of Saudi Aramco (the Saudi national oil giant), means that consensus is forming on capping production.

Energy Revolution: The Future of Solar Depends on This "Rooftop War"

For that to work, of course, the main non-OPEC producer capable of central production control - i.e., Russia - must be on board. After investing in a decision to cap production at January's unusually high levels, Moscow was undercut at the April OPEC meetings in Doha by a last-minute Saudi decision not to support the cap (blaming Iran's refusal to do the same).

Moscow is still smarting from that embarrassment and has decided to follow OPEC's lead by increasing production to protect market share. As we discussed at the beginning of August, that has been accentuated by the return of a fight between Russia and Saudi Arabia over the growing Asian oil market.

Riyadh has cut Asian delivery prices to the lowest levels in years prompting a defiant response from the Russians to continue exports from the ESPO pipeline even though they are at a loss.

In this game of chicken, both nations have been bleeding red ink, putting pressure on both to blink first...

Iran Is Getting Ready to Save Face

For Iran, a target to reach pre-sanction production levels (about 4.2 million barrels a day) is becoming increasingly difficult. So far, the country has been selling out of stockpiles created during years of Western sanctions.

But the condition of Iran's oil fields and infrastructure mean that these levels cannot be maintained.

Currently, the Iranian government is indicating they will reach pre-sanction levels shortly. Whether you believe them or not depends on how you calculate effective extraction.

My best estimate puts present Iranian production at 3.6 million barrels a day, 2.6 million of that being exported.

The stage is now set for Iran to save face by declaring a "book" level of production that equals their target, and then cooperating with other producers in an attempt to get oil prices to rise.

Iran is also in increasingly desperate need of outside project investment and Western technical expertise. That Russia has been involved in a series of informal discussions with OPEC members and others about the renewed prospects for a deal signals something may actually be brewing.

But until that deal happens later this year, we'll continue to see the latest variation on the "oil shuffle" - a trading dance where the price of oil moves one way, then the other, but always ends up pretty much where it began.

In the absence of any news to support the circulating hype rumors, the strong rise in crude prices (a 16.3% surge between Aug. 11 and 19 in New York-traded West Texas Intermediate benchmark crude) resulted in a couple of steps back when there was no substance resulting to the optimism about an accord.

Some of the move up was certainly a result of traders covering shorts, with the subsequent pricing decline of 3.6% through close yesterday reflecting a renewing concern about surplus production.

Some of that has already been observed in this week's EIA figures. Any move back toward $50 a barrel will find producers bringing additional production back on line. Razor-thin operating margins govern the whiplash effect in volume.

The conversation now is determined by renewed emphasis on surplus volume, demand projections, and the value of the dollar. All of these are quite traditional factors in setting oil prices. But these days they serve only as hold cards as the market awaits more determining events.

This was a decline in prices caused by geopolitics (the November 2014 OPEC decision to hold the line on production). It is going to take geopolitics to change it. Algiers may be the first step in that process.

But until then, and absent any major developments, this range-bound oil trading will continue.

Don't Miss: This "Export War" Is the Real Reason Behind Cheap Oil