Access Your Profit Alerts
Sign Up for Money Morning and get your free report:
"The Best Stocks to Buy Now"
How to Buy Bitcoin
Twitter
Stocks: IEP 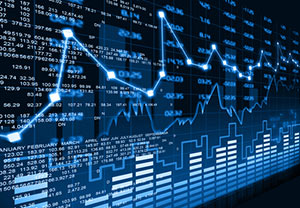 The day was overshadowed by a controversial decision by the European Commission to force Apple Inc. (Nasdaq: AAPL) to pay billions of dollars in back taxes and interest.

The Federal Reserve is back in focus after Fed Vice Chair Stanley Fischer told Bloomberg that the U.S. job market is near full strength. Fischer said that the Fed's next decision on interest rates in September will depend on the health of the U.S. economy.

A rise in financial stocks helped offset a slump in technology stocks as investors continue to speculate on the timing of the next interest rate hike. Shares of Wells Fargo & Co. (NYSE: WFC), Bank of America Corp. (NYSE: BAC), JPMorgan Chase & Co. (NYSE: JPM), and Citigroup Inc. (NYSE: C) all pushed higher as the probability of a 2016 rate hike continues to rise. Any action by the Federal Reserve would be the first rate increase since December, when the central bank tightened monetary policy for the first time in a decade.

Investors eyed another round of data today, including consumer confidence and an update on home prices. This morning, the Conference Board announced that U.S. consumer confidence hit an 11-month high, a sign that Americans believed that business and labor markets improved this month. Meanwhile, the Case-Shiller Index indicated another bump in home prices in the month of June. First-time home buyers have seen an improvement in credit access, while the nation has experienced a boost in household wealth.

Of course, no piece of data is more important this week than Friday's report on unemployment in July. Tomorrow, investors will get a sneak peak of monthly private-sector job growth when Automatic Data Processing releases a report in the morning. According to CME Group's FedWatch tool, there is a 21% probability of a rate increase in September. The odds jump to 54.2% in December. Money Morning Capital Wave Strategist Shah Gilani offers three ways investors can make sure that their savings continue no matter what the Fed decides to do with interest rates. Read his insight, right here.

Oil prices were sliding again on Tuesday due to a stronger U.S. dollar. The appreciation of the dollar from increased rate hike speculation offset news that companies were shutting down production as a tropical storm passes through the Gulf of Mexico. The West Texas Intermediate (WTI) crude oil price today fell 1.3%, while the Brent crude oil price slipped 1.8%.

The battle of the billionaires continued this afternoon. Carl Icahn - head of Icahn Enterprises (NYSE: IEP) - took a shot at his rival, hedge fund manager Bill Ackman. The two have been publicly sparring over the future of health-marketing giant Herbalife Ltd. (NYSE: HLF). Icahn boosted his stake in HLF stock on Monday, despite criticism from Ackman that he was "backed into a corner" with his long position on the company. Icahn shot back at Ackman today that it is his rival who is in the more vulnerable position.

But the big story today was Apple Inc. (Nasdaq: AAPL). Shares of AAPL stock fell by 1% after the European Commission ruled against the company's tax deal with Ireland and ordered it to pay more than 13 billion euros ($14.5 billion) plus interest in back taxes. The decision drew swift criticism from the Obama administration and members of Congress. The decision could spur a dramatic change in the international tax system.

Up Next: It's been a pretty uneventful time for the markets since British voters decided to exit the European Union. Volatility has been light, and for many investors, today's markets might be boring. But for Money Morning Technical Trading Specialist D.R. Barton, we are experiencing an unprecedented, historic moment. And you can make good money by preparing for what comes next.