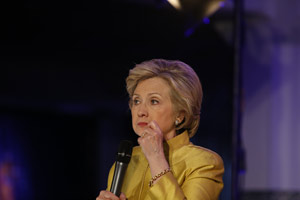 Everyone wants to know: When will the FBI release the Hillary Clinton interview notes?

The answer to that question is very soon…

As soon as tomorrow, in fact, reported CNN this morning.

The imminent release comes in response to numerous Freedom of Information Act (FOIA) requests made to the FBI by various media outlets.

The FBI's report has become a hot commodity on Capitol Hill, where GOP lawmakers — and their constituents — want to know exactly how FBI Director James Comey and his bureau came to a decision not to recommend the indictment of Hillary Clinton on July 5…

The bureau already sent its report to the Justice Department when it recommended no charges in the investigation. But the Hillary Clinton interview and the rest of the FBI's report has, heretofore, not been released to the public.

Specifically, legislators want to know more about why the classified messages that passed through Clinton's email system failed to amount to punitive actions.

It's expected that Hillary Clinton's 302 — the FBI agent notes from her voluntary interview at FBI headquarters on July 2 – will be disclosed as part of the documentation cache.

Up Next: Colin Powell Is the Latest Target in the Hillary Clinton Email Scandal