I'm going to let you in on a Silicon Valley secret.

It's a secret that the leaders of the U.S. tech sector guard very closely.

And I only know about it because I regularly talk to the senior industry executives as I make my rounds out here.

Each and every leader of the top tech players maintains a secret "Silicon Valley Watch List" – in essence, a ranked short list of companies they'd one day like to buy.

These "target companies" share a lot of qualities. They're well run, offer great products, generate excellent cash flow, and are either profitable now or have the potential to be in the near future.

These "Watch List" companies are so good, in fact, that once they're purchased, they immediately bolster the suitor company's bottom line.

Don't Miss: How to Profit on This $2 Trillion Tech Trend

If those characteristics sound familiar to you, it's with good reason.

You see, those are essentially the qualities that I've repeatedly detailed for you in Your Tech Wealth Blueprint.

And today I'm going to show you some great examples of "Silicon Valley Watch List" companies that turned into mega-deal buyouts – and demonstrate how you can set up your portfolio to grab a share of these tech-sector windfalls.

And the profits are huge.

One recent deal netted investors a single-day windfall of 47%… 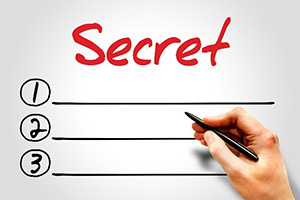 Make no mistake: The so-called mergers and acquisitions (M&A) market is white-hot. As I recently told you in our discussion about tech's top dividend players, U.S. companies are awash in cash… tens of billions of dollars, in fact.

That gives tech-sector CEOs a lot of deal-making ammo. And they're using it.

Around the world, bankers have been keeping busy helping firms tie the knot. Thus far in 2016, we've seen more than $2 trillion worth of deal announcements, with more than 40% of that action taking place here in the United States.

And as is the case in most years, the tech sector leads the way.

According to Dealogic, global technology acquisitions thus far in 2016 have surpassed $400 billion, up 27% from the same period last year. We're within striking distance of the all-time record set last year.

Simply put, this M&A tech frenzy won't go away any time soon. It's been a key theme for investors going back since 2000, and it will remain a key theme in coming decades as long as young, innovative firms pioneer new technologies that the big firms must control.

And there's no reason you shouldn't ride along and pocket some hefty gains, too.

Let's look at some recent deals – first, the one that created those 47%-in-a-day gains.

In mid-June – in one of the biggest tech deals ever – Microsoft Corp. (Nasdaq: MSFT) announced its intention to buy LinkedIn Corp. (NYSE: LNKD) for $26.2 billion. That pact moves Satya Nadella's software/mobile/cloud-computing firm into business-focused social networking.

On Friday, June 10, before the deal was announced, LinkedIn shares closed at $131.08 each.

That represented a one-day pop of 47%.

In another historically large tech deal, Japan's SoftBank Group Corp. (OTCMKTS: SFTBF), a web and telecom conglomerate, decided to buy UK chipmaker ARM Holdings Plc. (Nasdaq ADR: ARMH). SoftBank made the $32 billion move to expand into the Internet of Everything and plans to produce 1 trillion ARM chips in the next 20 years.

Profit Opportunity: This market could grow 33% a year for the next decade – but the best shares in this space could double that…

And in late July, Verizon Communications Inc. (NYSE: VZ) agreed to pick up the web assets and patents (and some real estate) of Yahoo Inc. (Nasdaq: YHOO) for $4.83 billion.

Also this year, Apple Inc. (Nasdaq: AAPL) agreed to buy Turi, a machine-learning and artificial intelligence startup, for an undisclosed sum; Uber Inc. is selling its Chinese business unit to Didi Chuxing, the leading ride-hailing service in China; and Salesforce.com Inc. (NYSE: CRM) inked a deal to pick up Quip, a maker of word-processing tools, for $582 million.

And database and software leader Oracle Corp. (Nasdaq: ORCL) agreed to buy cloud-computing pioneer NetSuite Inc. (NYSE: N) for $9.3 billion. Oracle is a serial acquirer that has made dozens of deals in recent years to add new products and sector plays.

Of course, many tech mergers still come about because the buying firm wants to take out overlapping products from a competitor and lower costs. That was a big driver behind the $14.8 billion bid Analog Devices Inc. (NYSE: ADI) made for rival Linear Technology Corp. (Nasdaq: LLTC).

There's a simple reason why big U.S. companies like Microsoft and Wal-Mart play such an integral role in the M&A market.

They're looking to "buy" growth.

When companies get as big as Microsoft – and with as much cash – it usually means that their business has "matured," Wall Street speak for slowing growth.

And these deals mean the acquiring firm needs to fill in the franchise by entering new markets or getting new products.

Over the past 20 years, Cisco has engineered well over 100 acquisitions. Most of these were smaller deals involving companies few investors had ever heard of.

But in July 2013, then-Cisco CEO John Chambers said he would buy cybersecurity leader Sourcefire LLC for $2.7 billion. On paper, it looked to be a great fit for Cisco.

Cisco's business is all about the web, a platform that remains under constant attack from hackers. Cisco wants to be able to offer its customers improved network security, and the Sourcefire buyout was the most cost-effective way to do that.

The same forces are at work in the biopharma sector.

The chance to fill out its franchise appealed heavily to big drug firm Pfizer Inc. (NYSE: PFE). Its planned $160 billion merger with Allergan may have fallen through, but Pfizer picked up Anacor Pharmaceuticals Inc. (Nasdaq: ANAC) for $5.2 billion in May and just penned a deal to buy Medivation Inc. (Nasdaq: MDVN) for $14 billion.

Whenever deals like this get announced, I always hear some investors trying to guess who the next takeover target will be. Unfortunately, some investors will actually buy stocks on speculation the firm will get bought out.

Never buy a stock solely on the hope that a buyout will take place. You have to believe in the prospects for the underlying company, too.

That way, if a deal never materializes – and you end up as a long-term "owner" of the stock – at least you'll own a company with the potential for growth.

If you don't believe in the company, you could get left holding a stock whose fundamentals are so weak that the stock could collapse – inflicting you with a painful loss.

That brings us to the next point – and it's an important one: How can you profit from these deals?

Because there is a way to do this…

The Art of the Deal

If you want to boost your odds for getting in on the Silicon Valley Watch List – and the massive gains that follow when those firms get acquired – focus on buying high-quality tech firms, with a special emphasis on small- and mid-cap players.

And you can do that by following the five-rule system that I've established for you at the Strategic Tech Investor.

Those rules are worth reviewing. They are:

I put these rules in action for you in March 2015 when I recommended Inogen Inc. (Nasdaq: INGN) here in these pages.

Inogen is pioneering the use of portable oxygen concentrators (POCs). And the Goleta, Calif.-based firm boasts breakthrough technology that has disrupted its entire sector.

Traditionally, people who need home-based oxygen therapy have had to depend on tanks or bottles filled with a limited supply of oxygen – or an oxygen concentrator too big and bulky to travel with.

Instead of storing oxygen, Inogen's POCs remove nitrogen from the ambient air and deliver pure oxygen to patients – and they work as long as their batteries stay charged. While oxygen-concentration technology has been around for decades, only since 2000 have portable versions become reliable – and only since 2009 has the Federal Aviation Administration allowed POCs on U.S. flights.

At the time – because it passed through all five of our tech wealth "filters" – I predicted that it would take roughly 2.8 years for Inogen's stock to give us 100% gains.

A little less than a year and a half later, you're sitting on gains of 80% – so my forecast is looking good.

Now, Inogen has not been acquired since then but, as a small-cap medtech firm, I feel certain that it's on the Silicon Valley Watch List.

So, it turns out that the single best way to put yourself in a position to capture M&A profits is to follow the system I've laid out for you at Strategic Tech Investor.

With that system, you've already made 80% – and if Inogen gets picked up, you'll make a whole lot more.

So follow along with me each week. I'm working on even more reports to keep you informed of all the M&A activity that I feel you can benefit from right away.

Up Next: This "early warning" strategy is the best way to prepare for maximum tech profits before catalysts send a stock soaring…