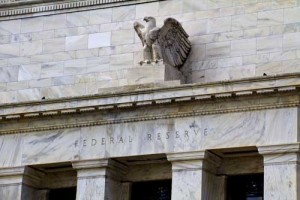 A recent string of disappointing economic data has left investors totally in the dark about whether there will be a September Federal Reserve rate hike. The next FOMC meeting will take place on Sept. 20 and Sept. 21.

The odds of a September rate hike spiked in August after the release of the Fed minutes from the July FOMC meeting. In the minutes, Fed officials hinted that an interest rate hike may be coming soon. The Fed argued Brexit worries had waned and near-term economic conditions had improved.

Related: This penny stock could bring triple-digit gains - and save a dying industry at the same time. Click here to learn more...

The tone from policymakers in the following days was notably more hawkish, and many investors penciled in the September FOMC meeting for a possible Federal Reserve rate hike.

Janet Yellen was also more hawkish when she spoke at the annual symposium in Jackson Hole, Wyo., late last month. On Aug. 29, Yellen said arguments for a rate hike have strengthened. After her speech, market odds of a September Federal Reserve rate hike jumped from 21% to 30%, according to the CME Group FedWatch Tool.

But August's lackluster employment report released on Sept. 2 dealt a major blow to those odds.

U.S. employers added just 151,000 jobs in August. That was well below the 180,000 jobs expected. The unemployment rate was still 4.9%. While that's deemed full employment, economists were expecting the rate to tick down to 4.8%.

This year's report marked the 10th time in the last 13 years the August report has missed expectations. While an upward revision is likely, it won't happen until after the September FOMC meeting. So, the Fed will be using the uninspiring numbers reported Sept. 2. Those are likely not strong enough for a Federal Reserve rate hike.

In fact, the odds of a September interest rate hike fell back to 21% after the report. And since then, they've fallen further...

The odds of a September Federal Reserve rate hike are currently just 18%.

But as we look further into 2016, the odds of a Federal Reserve rate hike are much higher...

For November, odds are slightly higher at 21%. But the Fed probably won't raise interest rates ahead of the election. Chances for a rate hike in December are 42%. Yet the Fed will likely tread cautiously with an end-of-the-year hike. When the central bank raised rates in December 2015 for the first time in seven years, the Dow and S&P 500 fell 8% and 7%, respectively, in January alone.

The Fed keeps saying that its decision will be data dependent. And these are the economic figures the Fed will remain focused on...

August's ISM manufacturing data came in at a dismal 49.4 last week. That was the lowest read since January. A reading under 50 signals contraction.

And this week's ISM non-manufacturing report showed the index fell to 51.4, the lowest level since February 2010. July's ISM read was 55.5. Economists had expected a reading of 55. Again, a reading below 50 is a sign of contraction.

The non-manufacturing index reports on a much broader band of the economy than the manufacturing report and is more concerning if it's flashing a new trend in weakness. The services sector represents about 70% of the U.S. economy.

So officials have good reasons to pause on a Federal Reserve rate hike this month. Still, a rate hike is coming sooner or later.

The Fed really wants to raise rates because it is running out of moves in case it needs to step in and further prop up the sputtering U.S. economy. Since interest rates are already near zero, the Fed doesn't have many options. Policymakers have discussed the use of negative rates, but are not likely to go that route.

The Fed's flip-flopping has created plenty of anxiety among investors. That's why Money Morning Capital Wave Strategist Shah Gilani has created a guide for how investors can protect themselves no matter what action the Fed takes...

Another problem is many of those jobs added are low paying, poor benefits service sector jobs. Also, many are only part-time.