No matter how the U.S. presidential election turns out, one thing is clear: We need to protect ourselves from Washington.

After all, once the election is over, we'll be right back to epic gridlock – debt-ceiling battles, filibusters, blocked treaties, presidential vetoes, etc. – and the problems in the market all that can cause.

You see, we also need to send a message – to let the "Inside the Beltway" crowd know that we're less than thrilled with their brand of "leadership."

Fortunately, there's one move that will fulfill both of these objectives.

It will provide you with some protection against Washington's malfeasance.

And it will tell the Capitol Hill fraternity that their lack of concern about Main Street Americans is no longer acceptable.

I like to refer to this as "Beltway Bandit Insurance."

And if you execute it correctly, this insurance strategy will pay off by fattening your tech portfolio.

A Port in a Storm 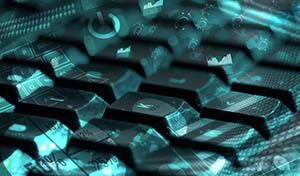 As you folks know, I'm a big believer in technology – and especially in U.S. technology.

Take a look at just about any big breakthrough – from the transistor to the semiconductor to the smartphone – and you'll usually see U.S. firms setting the standard that the rest of the world adheres to.

All that innovation creates wealth… lots of wealth… which is why the tech sector represents such an alluring profit opportunity.

And it's why the road to wealth is paved by tech.

Unfortunately, there's an obstacle – one thing that can derail America's high-tech profit locomotive.

And that obstacle is Washington.

The ineptitude of Congress and the White House is one thing that could cause that U.S. high-tech locomotive to jump the tracks.

I first told you about MercadoLibre Inc. (Nasdaq: MELI) – the so-called "eBay of Latin America" – back in August 2013. At the time, I explained that one motivation behind such an overseas investment like this was to diversify away from the financial goulash being created in Washington.

After watching so many domestic tech firms give up gains of 10%, 20%, or even 40% in a mere matter of days following one government meltdown or another, I knew it was time to continue that conversation.

Today we're going to do just that.

And we'll start with MercadoLibre.

MercadoLibre pioneered the concept of online auctions for Latin America 17 years ago.

Ranking as the top "e-tailer" in that part of the world, MercadoLibre is uniquely poised to cash in on the massive growth in online spending that Latin America is experiencing. With roughly 151.5 million registered users as of the first quarter, the company accounts for 25% of all of the online spending in Latin America.

MercadoLibre's biggest market – Brazil, which accounts for close to half of its sales – is simply on fire. Market data firm Forrester Research predicts that web-based sales in Brazil alone will hit $25 billion by 2017, which is more than double the $12.2 billion reported for 2012.

The upshot: MercadoLibre has been trouncing the returns of the U.S. market.

MercadoLibre has done nearly six times as well – generating a gain of 52%.

The company's stock was recently trading at $181 a share, giving it a market value of $8.06 billion.

Now, let's revisit another overseas tech player that we've talked about before…

Not Phoning It In

The UK-based company in question is a clear leader in playing the Mobile Wave.

At least ARM Holdings Plc. (Nasdaq ADR: ARMH) was that until July, when Japan's SoftBank Group Corp. (OTCMKTS: SFTBF) agreed to pay $32 billion for it.

ARM designs the chips and related devices used in many of the world's leading smartphones. With handhelds outselling PCs by a ratio of 5-to-1, this is a great business for ARM.

Biotechnology: This Biotech Stock Could Double Your Money…

And while folks tended to label this as a smartphone-only play, ARM Holdings was actually a much more diverse electronics firm. The company also designed the devices used in tablet computers, DVD players, and the so-called "smart" meters that are going to play an increasingly crucial role with the emergence of "smart" power grids, smart houses, and even smart cities.

By concentrating on chip design – and eschewing manufacturing – ARM created one differentiating "special sauce" after another.

This allowed it to save the billions it takes to build the "fab" factories required to churn out chips. Instead, ARM licensed out its chip technology to other companies – and collected hefty fees for its innovations.

You won't find a better proof of that concept than ARM's financials. The firm has operating margins of 40% and a return on equity (ROE) of 20%.

Now, it's too late to buy in to ARM, now that we're past the acquisition by SoftBank.

However, it remains a great example of our "Beltway Bandit Insurance."

Besides these two great stocks, there is one more foundational play that is also focused on global tech I want to tell you about today…

According to its most recent quarterly statement, the firm held roughly 120 stocks. ARM makes up about 2.7% of its portfolio. Some other prominent stocks include…

Those six stocks right there give us exposure to six different countries. The ETF is heavily weighted toward Japan, Western Europe, and South Korea, which makes sense because of the sheer number of tech firms there.

But what you really have to like is the fact that it inoculates us against the continued ineptitude of the "Beltway Bandits."

The road to wealth truly is paved by tech – even outside the United States.