At the Fed's Jackson Hole symposium last month, there were strong hints from Fed Chair Janet Yellen and Vice Chair Stanley Fischer that they want to raise rates in the near future, but they have broken such promises before.

Those broken promises are likely what lead investors to continue their staggering complacency, and they missed some very disturbing noises about the Fed's plans to deal with the next recession.

These plans are unconstitutional and dangerous, but they're only the next step in a quiet revolution that's already being waged by central banks worldwide.

Credulous, complacent investors put themselves at risk of catastrophic losses as this "revolution" moves further along toward its only logical conclusion… 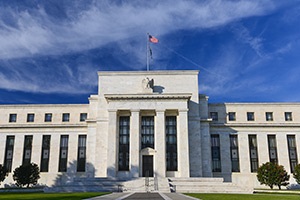 Acknowledging that it will not be in a position to lower interest rates by 300-500 basis points as in past recessions, the Fed is paving the way for the next generation of quantitative easing.

And it's far, far worse than anything we've seen so far.

Some believe the Fed is hinting that it may add corporate bonds, of all things, to its shopping list the next time it has to bail out the economy and markets.

While that would likely violate the Constitution, specifically Article I, Section 8, which vests Congress with the right "to borrow Money on the credit of the United States," the Federal Reserve has shown little regard for any limitations on its powers – and Congress is asleep at the wheel.

On a larger scale, central banks have already been on an illegal shopping spree for quite some time.

Right now, central banks, sovereign wealth funds, and certain regulated institutions are buying assets without regard to whether they are fairly priced or generate reasonable returns. I would also include corporations buying back record levels of stock in this category since they are driven by different motivations than investors seeking returns.

And it's creating a radical change in the investment landscape, one that demands new thinking from investors.

We're Staring Down the End of Capitalism as We Know It

The fact that some central banks are large owners of stocks (Swiss National Bank) and ETFs (The Bank of Japan) tells you that something is seriously awry. Not that you'd hear about it from traditional financial news media. These purchases deserve far more attention than they are receiving.

These central banks are actively meddling in stock markets, bidding up shares, and inflating the value of companies to dangerous levels.
Buying stocks is beyond the pale, and for good reason. The consequences could be disastrous.

With central banks owning $25 trillion of financial assets and sovereign wealth funds owning countless trillions more, it is time to ask whether post-World War II capitalism is morphing into a new phase.

Traditional investors buy assets in order to profit over some reasonable period of time.

In nearly all cases, those are antithetical and even destructive to the needs of regular investors.

Central banks are buying stocks and bonds in order to monetize government debt and keep afloat the immoral Ponzi schemes required to finance massive entitlement promises to their constituents.

Sovereign wealth funds are looking for places to park their cash for extremely long periods of time and often focus on assets with trophy or strategic value.

Corporations are buying up their own stocks to boost earnings per share (EPS), sweeten executive compensation packages, and take advantage of cheap-as-free money.

But the most important thing these buyers have in common is that they don't have to sell, which means that their very ownership can inflate asset values for prolonged periods of time.

This destroys utterly the price discovery mechanism that markets are supposed to provide. And without price discovery, markets cease to allocate capital efficiently.

This remains one of the most baffling investment climates that my generation has experienced. 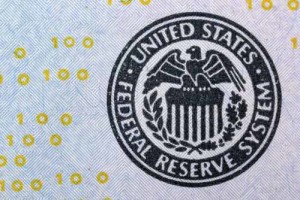 Central bank policies are distorting markets to the point where they no longer function as reliable indicia of the economy or the value of individual securities. If you want proof, look at a country where the major stock index is well north of 18,000, but whose unemployment-burdened economy is barely managing 1.5% annual growth and where a jumped-up taxi service like Uber is valued at $66 billion.

The more than $13 trillion of global bonds (although today I read that the number is $16 trillion – who can keep track?) yielding below zero signal systemic distress, yet most investors and mainstream commentators and the financial media continue to shrug it off.
They do so at their own extreme peril.

Negative interest rates and their causes are symptoms of serious problems at the heart of global finance.

How to Stay Ahead of the Sickness in the System

Negative interest rates effectively allow governments to confiscate capital; they steal from the future to pay for promises that never should have been made and can never be kept. They are another form of default.

As my friend David Rosenberg writes: "So we know full well that the central banks want inflation – it is the easiest way to default on the global debt-to-GDP ratio without having to write anything down and generate real losses."

Markets may appear to be sound, but that is an illusion; they are broken. A combination of regulatory and monetary policy errors are draining liquidity, distorting pricing, and impairing the ability of the system to react to stress.

Markets are more fragile today than they were on the cusp of the 2008 financial crisis, governments and companies are more leveraged, and the geopolitical landscape is dangerously unstable.
Here's the best thing to do in this "challenging" environment.

The priority should be to defend against losses. Cash may yield nothing but it is still an important tool for managing risk and positioning to take advantage of future market dislocations.

I believe in the adage that many investors make 80% of their money in 20% of the time. That is certainly the history of the credit markets, where most of the money is made after the market crashes; the rest of the time, the risk-adjusted returns are extremely unattractive (like today).

The human compulsion to act is the enemy of good investing; that is particularly true when markets are overvalued like they are today.

Rather than feeling they are missing out on the current rally, which has no relation to fundamentals, investors should not be reluctant to hold cash, avoid losses, and wait for better opportunities to buy assets at reasonable values. You can read about my cash recommendations here.
One of the symptoms of severe market distortions resulting from ceaseless central bank interventions is artificially low market volatility.

On Aug. 23, The Wall Street Journal reported that stock market volatility over the last 30 days was the lowest in 20 years.

Factors contributing to this phenomenon include massive stock purchases by some central banks and the sharp reduction of market exposure in Europe after the Brexit vote.

Markets are complex systems. Much like earthquake faults, they need to release pressure in order to prevent pressures from building up and unleashing larger fractures. Markets have been unusually quiet since the financial crisis.

While human beings tend to assume that present conditions will persist indefinitely, there is abundant evidence that current conditions are unsustainable. I believe volatility is significantly undervalued just as bonds and stocks are grossly overvalued. Future adjustments are unlikely to be gentle.

Rescue Your Retirement Savings from the Fed: If you have any intention of ever retiring, Shah Gilani has some bad news for you. The Federal Reserve's decade of zero-interest-rate policies were designed to benefit big banks with the hope that their flushed-up profits would trickle down into the economy and spur growth. That hasn't happened enough to benefit ordinary Americans saving for retirement. But here's the good news – Shah has a new report that shows you how to beat low interest rates and rescue your retirement. To get his latest report – and to sign up for his free, twice-weekly Wall Street Insights & Indictments, click here.