I recently told you that volatility is about to come back to life.

From the close last Thursday through the close yesterday, markets have fallen 2.48%. That's the power of volatility.

Sometimes it's a seasonal phenomenon. Traders return from the summer doldrums and markets resume normal business - and volatility gets up off the floor and starts scaring traders again.

This year, though, the timing could not have been worse.

Right now, there's a massive $400 billion cross-market bomb sitting there, waiting for something to set it off - and market volatility could be just the thing to blow it up.

Today I'm going to tell you where this bomb is planted and how a spike in volatility could light the fuse. 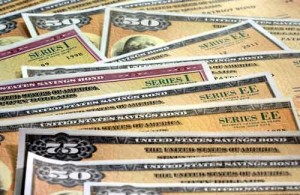 The more than $400 billion powder keg's actually a portfolio management trend that's been growing for years.

It's called "risk parity" and it makes perfect sense.

Bridgewater, the largest hedge fund in the world, runs its $70 billion All-Weather Fund using this strategy. In fact, according to Bank of America reports, there's probably more than $400 billion being managed using this popular portfolio allocation strategy.

Risk parity, according to ZeroHedge, is a "cross-asset allocation portfolio model that assigns weight inversely proportional to volatility."

Trending: Why the Wells Fargo Scandal Is Worse Than You Think

In other words, multibillion-dollar funds and monster macro-global portfolio managers, who diversify (because diversification is supposed to reduce portfolio risk) across an array of asset classes and need an allocation model that mathematically or otherwise tells them how to spread their capital across those different asset classes, are using volatility to weigh how much money goes into which asset classes.

Often criticized for placing performance ahead of concerns that the management technique exacerbates market turbulence, risk parity strategies produced dismal results last year thanks to excessive volatility in too many asset classes, including commodity prices, currencies, and equity markets exhibiting crazy volatility by alternatively rising, falling, and rising again into year-end of 2015.

The Salient Risk Parity Index, which according to the firm's website is a "quantitatively driven global asset allocation index that seeks to weight risk equally across four asset classes - equities, interest rates, commodities, and credit. The Index is calculated daily, rebalanced monthly, and targets a 10% volatility level" and shows 2016 to be a banner year for the model, with an 18.57% annualized return using data through the end of June.

That said, there are three very big problems with the strategy...

First, the amount of money following the strategy has gotten really big. That creates a herd that moves in the same direction, which can be off a cliff if something goes wrong.

And third, volatility (the weighting measure used to allocate capital into different asset classes) had been coming down and was in fact at cycle lows for equities, at yearly lows for bonds, and had been dropping steadily since April for commodities and other "hard" assets. As volatility comes down, leverage tends to go up where this strategy is used.

It gets worse. If you combine the facts that big portfolios have gotten too big to unwind gently if they're all headed for the same exits at the same time, and that correlation is so high that all asset classes could sell off in a pure panic, with the fact that volatility has been dampened enough that historical and mathematically driven allocation models haven't seen this potential "tail" on their bell curves, things could go terribly wrong.

The fuse that's been lit is volatility. The minute the calendar turned from August to September, previously tamped-down volatility across asset classes woke up and is stretching its legs and arms outward and upward.

We've Been Here Before

Is this speculation on my part - that risk parity can be a bomb? Absolutely not. It's fact.

We got a good and scary glimpse of exactly this phenomenon last August 2015.

All it took that summer was for the Chinese to push down their currency, and BANG!

The bomb that went off, that knocked stocks down 10% in a heartbeat and hit other asset classes, was the selling by risk parity managers when volatility, which started with currency volatility, exploded (for example: the VIX went from 13 to 40), which caused risk parity models to automatically sell as volatility weightings rose.

While there are plenty of "black swans" that could trigger volatility spikes, the one I'm most concerned about is coming right at us.

The U.S. Federal Reserve's interest rate decision-makers on the FOMC meet Sept. 20-21. It's unlikely that they'll raise rates, because they presumably know that risk parity funds will react negatively (hence you hear that the Fed's "trapped" into doing nothing) and the dreaded market sell off the Fed's desperate to avoid might happen.

But they could raise. Because volatility's been so subdued up until September, they might be fooled into believing that's a trend and a good sign. On top of that, because equities are still near record highs, they might see that as a good reason to raise now. And because bond volatility has been remarkably subdued, excluding the recent fairly minor tantrum, they might think the bond market can handle a small raise.

They could raise for any or all of those reasons. In my betting book, the chance of a raise is about 30% to 40%, which is very high. As far as the markets, they're betting the chances of a hike are somewhere around 20%.

That's scary because the markets are not pricing in a possible rate hike.

If we get one, it could get ugly.

The worst-case scenario would be for the bond market to sell off, and hard.

The amount of money that would be lost if bonds tumble would immediately trigger cross-selling of other asset classes, instantly spiking volatility across the map and potentially causing risk parity funds to automatically rebalance out of increasingly volatile asset classes into cash.

We need to be prepared for that possibility.

So here's what to do.

How to Play the $400 Billion Bond Market Bomb

First - make sure you have your stops in place when and if the bomb goes off. With volatility kicking markets back into gear, you should already be looking to tighten your stops in case a bad day knocks a few hundred points - or a thousand points - off the Dow.

Next, you'll want to put on a play that will soar if Treasuries sell off.

I like the ProShares UltraShort 20+ Year Treasury ETF (NYSE Arca: TBT), an inverse fund that goes up in price when Treasury bond prices fall (meaning yields are rising).

TBT is a leveraged exchange-traded fund (ETF), which means it goes up twice as fast as the Treasury market falls.

If you buy it at these levels, put a stop down around $29. That'll get you out of the position with around a 13.35% loss, making this is a good risk-reward play.

If you're more adventurous and can stand some more risk, meaning possibly losing 50% to 100% of your bet, I recommend buying call options on TBT for even more leverage.

For my money, I'm always willing, when it comes to options, to risk a small amount of my capital (usually 1%) for a potential couple-hundred-percent gain on the position. If you want to play that way, buy the calls.