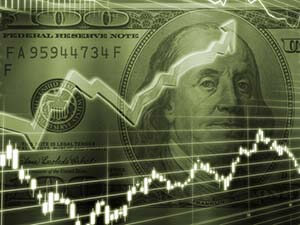 This morning, the Dow Jones Industrial Average was up as investors eye a busy day of economic data and await results from several key central banks on interest rates.

The Swiss National Bank decided to maintain interest rates in negative territory. Meanwhile, the Bank of England is prepared to update markets on the status of its interest rates.

The BOE is also deciding if the nation will require additional stimulus in order to address financial damage caused by the Brexit vote.

On Wednesday, the Dow fell more than 31 points as investors continue to speculate on the timing of the next interest rate hike.

Now let's look at the most important market events and stocks to watch today, plus your economic calendar, for Sept. 15, 2016.

The Dow Jones Industrial Average projected a 60-point gain as investors prepare for a busy day of economic data. While investors digest statements from the Swiss National Bank and the Bank of England, the real prize comes next week. Both the Federal Reserve and the Bank of Japan will hold key monetary policy meetings where the central banks will take a long look at their rate policy and any stimulus considerations.

This morning, the WTI crude price was up 0.6%, while Brent crude fell 0.8%. Oil prices were trending higher after the Energy Information Administration announced a surprise decline of U.S. crude inventories by roughly 559,000 barrels. Economists had expected a supply build of 3.8 million barrels.

Oil price volatility has been back in the news. Speculation about interest rates is toying with the value of the U.S. dollar, which is affecting the underlying price of crude. Despite the wild swings in prices in recent weeks, Money Morning Global Energy Strategist Dr. Kent Moors explains that he isn't concerned about oil volatility. In fact, it's a great way to make money.

Investors are keeping a close eye on McDonald's Corp. (NYSE: MCD). According to reports, the company has received three final bids for its assets in China and Hong Kong. Reuters suggests the deal could be for at least $3 billion. The move to sell these assets is strategic as the fast-food industry in Asia has been a challenge for the global restaurant giant to conquer. The firm experienced a sharp decline in sales in 2014 after becoming embroiled in a tainted meat scandal that pummeled its brand image in China.

But the big news this morning is about Valeant Pharmaceuticals International Inc. (NYSE: VRX). During the conclusion of the Delivering Alpha conference in New York, the stock received mixed recommendations on what investors should do with the embattled drug company. LMM founder and CIO Bill Miller said that his company has taken a large stake in VRX stock. Meanwhile, hedge fund manager Jim Chanos said he is still shorting the stock. So, what should investors do with VRX stock? Money Morning Global Credit Strategist Michael Lewitt has been recommending that investors short the stock for almost one year. In fact, Lewitt argues that the company could easily go bankrupt given its massive $37 billion in debt and future obligations. Here's Lewitt on why you should avoid VRX stock.

Up Next: Why the Latest Big Bank Scandal Is Worse Than Usual