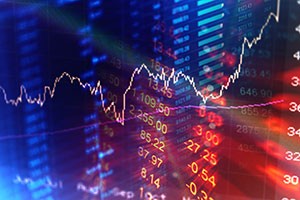 Markets continue to speculate on the timing of the next interest rate hike, however, today's rally was fueled by gains in all 10 S&P 500 main sectors.

Next week, the Federal Reserve will meet to discuss monetary policy and the possibility of an interest rate hike. According to CME FedWatch, the probability of a rate hike for September fell from 15% to roughly 12%.

Here's a look at today's most important market events and stocks, plus a preview of Friday's economic calendar.

The Dow Jones rallied 177 points thanks to a strong surge in technology and energy stocks.

While the Federal Reserve is in focus next week, today was all about central banks in Europe. Both the Swiss National Bank and the Bank of England held interest rates at current levels. The BOE continues to speculate on the needs for additional stimulus to address financial damage caused by the Brexit vote.

It was a great day for dividend investors. Shares of Goodyear Tire & Rubber Co. (Nasdaq: GT) pushed up 5% on news that the firm hiked its dividend by 43%. Investors who are looking for the best dividend stocks to own and hold forever, look no further than this list.

Oil prices were pushing higher on Thursday. The WTI crude oil price today added 0.6%. Meanwhile, the Brent crude oil price gained 1.4%. Money Morning Global Energy Strategist Dr. Kent Moors has just issued his latest oil price prediction. But before we get to that, here's why crude oil prices have been so volatile this week.

My life changed b/c of the markets globally….Much love & Respect darose