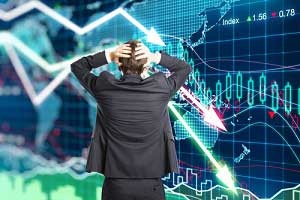 This morning, the Dow Jones Industrial Average was trending downward ahead of a busy day of key economic data.

Today, investors are keeping a close eye on the Consumer Price Index, which provides an understanding of inflation in the U.S. economy.

With inflation figures in focus, expect more speculation over the timing of the next interest rate hike. The Fed Open Market Committee will meet next week to discuss monetary policy and a possible tightening of interest rates in 2016.

The markets have largely dismissed a rate hike; however, the Fed might just be crazy enough to do it. Here's when we expect the next rate hike.

On Thursday, the Dow rallied 177 points thanks to a strong surge in technology and energy stocks.

Investors were mainly rallying around Apple Inc. (Nasdaq: AAPL) stock, which rose more than 3.3% to a 2016 high on news that the company has sold out of its iPhone 7 Plus.

Now let's look at the most important market events and stocks to watch today, plus your economic calendar, for Sept. 16, 2016.

Overall, supply is on the rise in troubled countries like Nigeria and Libya, while Iran has shown that its approaching output levels not seen since before the West imposed economic sanctions on the country.

But the big news this morning was happening at Oracle Corp. (NYSE: ORCL). The software giant's stock was off this morning by 2.7% after it reported weak quarterly earnings. The firm reported earnings per share (EPS) of $0.55, which missed expectations of $0.58.