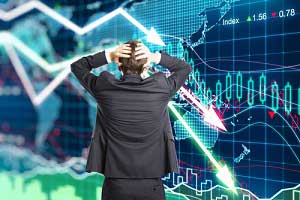 The Dow Jones Industrial Average was essentially flat on Monday as investors take a "wait-and-see" approach to the Federal Reserve's policy announcement on Wednesday. The Fed Open Market Committee (FOMC) has largely held the markets hostage over the last 12 months with continued speculation over the timing of the next rate hike. Today, expectations for a rate hike this week faded; however, economists are increasingly anticipating a rate hike in December.

Here's a look at today's most important market events and stocks, plus a preview of Tuesday's economic calendar.

The Dow Jones dropped three points on Monday as investors keep a close eye on the Federal Reserve and the Bank of Japan. Both central banks will be offering their latest updates on monetary policy this Wednesday. Markets are expecting that the Bank of Japan is poised to slash its interest rate into further negative territory as leaders desperately attempt to spur economic growth in the world's third-largest economy. Once again, Japan is poised to try the same policy prescription while leaders click their heels and hope that the results will magically be different this time.

Investors who want to protect their money against the legal theft caused by negative interest rates should read the latest insight from Money Morning Chief Investment Strategist Keith Fitz-Gerald. As he explains, the lunatics are running the asylum, and everyone's money is at risk. But there is a way that you can protect yourself and profit from this nonsense. Check it out, right here.