It's official... the lunatics are running the asylum.

I think HE ought to think about what that means for millions of investors.

That's why we need to have a chat today about how you defend your money before it's too late. 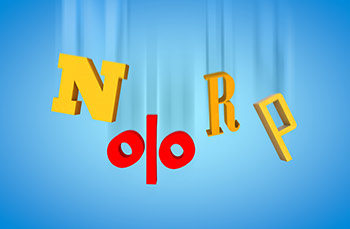 Millions of investors haven't wanted to believe it...

Legions of politicians have done their best to perpetuate it...

And Wall Street hopes you'll never figure it out...

Lunatics really do run the asylum.

Most rational people change course when something is not working. They admit they're wrong and move on.

Profit Opportunity: This Is the Single Most Valuable Investment on Wall Street

Not the Fed, and certainly not Ben Bernanke.

The former Fed chair, now a consultant to The Brookings Institution think tank, noted in a post recently that "it would be extremely helpful if central banks could count on other policymakers, particularly fiscal policymakers, to take on some of the burden of stabilizing the economy during the next recession."

Including "the possibility of using negative interest rates" which aren't really so bad "if properly motivated and explained."

Translation: The Fed is out of options, is looking to politicians to fix the mess they've created, and Bernanke thinks the rest of us are too stupid to understand what he's talking about. Which is why somebody has to explain it to "us" - meaning you and me.

Thing is... we do understand, and very well at that.

Now for the really sad part.