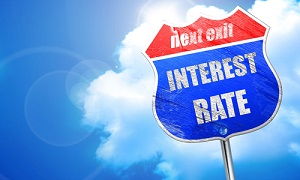 This morning, the Dow Jones Industrial Average is on the move as investors await the start of the September Fed Open Market Committee (FOMC) meeting.

The Fed is set to discuss whether the U.S. economy is strong enough for an interest rate hike.

The FOMC has largely held the markets hostage over the last 12 months with continued speculation over the timing of the next rate hike.

Expectations for a September a rate hike have faded.

On Monday, the Dow dropped three points as investors waited for potential rate changes from the Federal Reserve and the Bank of Japan. Both central banks will offer updates on monetary policy tomorrow afternoon.

One of the most important things to look for tomorrow: the Fed dot plot. Read about what it is, and why it matters, right here.

Now let's look at the most important market events and stocks to watch today, plus your economic calendar, for Sept. 20, 2016.

The Dow Jones Industrial Average projected 22-point gain as the Fed kicks off its two-day meeting on monetary policy. As we've explained, it's unlikely that the Fed will raise rates given the fragility of the U.S. economy. But that won't stop speculation well into Wednesday afternoon.

The Bank of Japan may cut its interest rate further into negative territory as the nation tries desperately to spur economic growth. There may be a day in the future when the Federal Reserve embraces negative rates as well. Money Morning Chief Investment Strategist Keith Fitz-Gerald explains that the lunatics are running the asylum, and everyone's money is at risk. But you can protect yourself and profit from this nonsense.

Oil prices had been pushing higher since Venezuelan President Nicolas Maduro said that OPEC and other major energy producers could establish a deal to support crude prices. However, the nation's Oil Minister Eulogio Del Pino said late Monday that global supplies will need to retreat by at least 10% in order to match consumption demand.

But the big news today is rate hike speculation. While the mainstream press rambles on about the Fed and monetary policy, Money Morning is here to help you make money. If the U.S. Federal Reserve does agree to finally raise rates and actually sets a date to do so, then these three industries stand to gain the most.