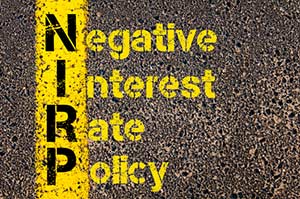 "Washington thinks the U.S. dollar is a weapon when, in fact, there are huge swathes of the world that believe it's a liability," Fitz-Gerald said. "Obviously, we can't do anything about what Bernanke thinks - that's a discussion for another time."

But what we can do know is help investors position their portfolios accordingly. And these are the best investments to make now as the use of negative interest rates continues to grow...