Access Your Profit Alerts
Sign Up for Money Morning and get your free report:
"The Best Stocks to Buy Now"
How to Buy Bitcoin
Twitter
Stocks: AAPL, MSFT, MYL 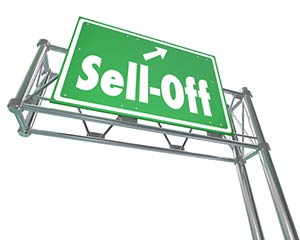 This morning, the Dow Jones Industrial Average was ticking downward as investors continue to weigh the Federal Reserve's decision on interest rates.

On Wednesday, the Dow rallied 124 points after the U.S. Federal Reserve voted to keep interest rates unchanged this month. Markets are raising expectations that the Fed will increase rates in December.

Money Morning Capital Wave Strategist Shah Gilani told Stuart Varney that he believes there will be a rate hike in 2016. If you've been asking, "When will the Fed raise rates," watch this video to find out.

Oil prices were also pushing higher after a surprise decline in crude inventories.

Now let's look at the most important market events and stocks to watch today, plus your economic calendar, for Sept. 22, 2016.

The Dow Jones Industrial Average projected a 22-point decline after the U.S. central bank announced that it would not touch interest rates in September.

Trending: The War on Cash Is Still Good for Gold

Fed Chair Janet Yellen said that the case for a rate hike has improved. Yellen said that economic growth has picked up and labor markets have improved. However, Yellen has raised some concerns about productivity in the economy. In addition, three members of the Federal Reserve dissented from the FOMC decision to not raise rates, a rare event for the central bank.

Yesterday, the Bank of Japan (BoJ) kept its 10-year interest rate at zero as the nation tries desperately to spur economic growth. The BoJ is holding off on taking its deposit rate further into negative territory. There may be a day in the future when the Federal Reserve embraces negative rates as well. If that happens, here's how to protect your money against negative interest rates.

Oil prices climbed higher after a surprise downturn in U.S. crude inventory levels.  The price of crude oil is also soaring thanks to a strike in Norway, which has endangered North Sea output.