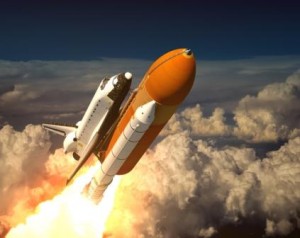 Global defense spending soared to $1.6 trillion last year, and that spending will only increase.  That's why we're bringing readers one of the best stocks to buy now to profit from this booming industry.

Before we get into one of the best stocks to buy now, here's a closer look at the increase in global defense spending…

The world's military spending last year increased for the first time in four years, according to a 2016 report from the Stockholm International Peace Research Institute (SIPRI).

Countries around the world spent more than $1.6 trillion on military programs and personnel last year. That was a 1% year-over-year increase, SIPRI data shows. That 1% gain may not appear like much, but it follows four years of declines.

The United States was the world's largest military spender in 2015, spending $596 billion. That amounted to 36% of the world's military spending. In a distant second place was China. The Asian nation shelled out $215 billion on defense last year, a 7.4% year-over-year increase.

Saudi Arabia leapfrogged Russia to become the third-largest defense spender in 2015. The oil kingdom spent $87.2 billion on defense in 2015. Russia's military spending was estimated at $66.4 billion in 2015.

But that pattern is about to change dramatically…

"After years of 'sequestration' and penny-pinching, the U.S. Department of Defense is embarking on a huge rebuilding cycle," explains Money Morning Director of Tech & Venture Capital Michael A. Robinson. "Both presidential candidates are relatively hawkish, and they'll need well-equipped armed forces to back up any campaign season positioning."

And that will lead to years of increased military spending. It also means there is a major opportunity for investors to profit from one of the best stocks in the defense sector…

One of the best stocks to buy now that Robinson recommends is "sitting right on top of the hottest segments among global defense priorities."

"It's the one weapons system that everyone needs, and it's not any new-school 'virtual' or information weapon. It's missile systems," Robinson continued.

Missiles are an imperative part of any country's military. Used offensively or defensively, missiles are the pillar of a credible military presence. The ability to manufacture and operate them as needed is another key benefit. They are also more affordable than other options.

"And importantly for investors, they're a 'turnkey' moneymaker for defense firms, who get to sell not just missiles, but entire missile systems and training programs," Robinson notes.

And now, the U.S. military spends the same amount as the next seven countries combined. Think of it this way: The United States spends $2.77 for every dollar China spends.

Yet other countries around the world are aggressively looking to boost their missile programs. As a result, missile defense is experiencing the largest growth in an already high-growth segment.

"We've come a long way since the 1980s, when President Ronald Reagan funded the 'Star Wars' missile defense program that turned out to be an impractical hope," Robinson said.

Since then, the missile defense space has undergone a dramatic transformation. And it has provided us with one of the best defense stocks to buy now…