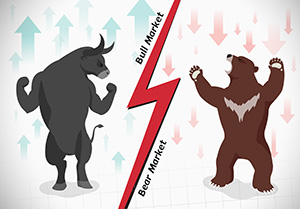 This morning, the Dow Jones Industrial Average was falling as markets took a break from the two-day rally fueled by this week's monetary policy news.

Investors are awaiting the reactions from several members of the Federal Reserve to the central bank's decision on Wednesday to maintain tight monetary policy.

Meanwhile, investors continue to eye oil prices, which were mixed in pre-market hours.

On Thursday, the Dow gained more than 122 points as investors cheered the Federal Reserve's decision on Wednesday to keep interest rates at current levels. All 10 major S&P 500 sectors saw gains in yesterday's session.

Now let's look at the most important market events and stocks to watch today, plus your economic calendar, for Sept. 23, 2016.

The Dow Jones Industrial Average projected a four-point decline as the markets await a critical update of the PMI manufacturing index. Investors will be paying very close attention to a symposium in Philadelphia, where three members of the Federal Reserve will be discussing the role of the central bank on regional economic development. Investors will be curious to hear if any of the Fed members have conflicting opinions from Wednesday's decision by the central bank to keep interest rate levels unchanged.

Trending: How a Fed Rate Hike Will Affect Your Mortgage Rate

Oil prices were mixed despite speculation on whether OPEC and Russia can reach an agreement next week to support prices and curb output. Money Morning Global Energy Strategist Dr. Kent Moors says that next week's meeting in Algeria is about much more than just oil prices.

But the big story today is the Sen. Elizabeth Warren (D-MA) is pushing the Department of Labor to launch a probe into the fake-account scandal caused by Wells Fargo & Co. (NYSE: WFC). Warren is leading a coalition of Washington leaders that has asked the federal agency to determine if the financial institution violated labor laws by pressuring employees to meet aggressive sales goals and failing to provide fair compensation. Money Morning Capital Wave Strategist Shah Gilani has explained that the fake-account scam is just another day on Wall Street, and that no one will be going to jail for this latest scandal. Here's why the Wells Fargo scandal is even worse than we thought.