[Kyoto, Japan] - Most investors are at least passingly familiar with the fact that Japan's demographics are the worst on the planet because the country is "aging" so fast.

What they're missing is just how massive an opportunity that is for the right investments.

And that's what we're going to talk about today, including three specifics that will get you started.

What a "Celibacy Syndrome" Has Done to Japan 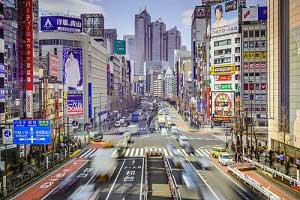 I've been coming to Japan for nearly 30 years and living here part time every year for the past 20 as a father, husband, and businessman.

It's one thing to talk about the graying of Japan like we do so frequently in the West - meaning how rapidly the population is aging - and entirely another to see it up close.

Every time I roll off the plane I'm simply stunned by how striking the demographic changes taking place here really are.

...The birth rate is so low that the last Japanese citizen may be born in less than 1,000 years.

The airport, bus stations, super markets, it doesn't really matter... everywhere you look you're surrounded by an elderly population, some 33% of which is over the age of 60.

Children - especially infants - are becoming an increasingly rare sight if you're not near a shopping center or school yard. The rate of decline is so stark that at this pace, Japan will have one child to celebrate Children's Day on May 5, 3011, according to Tohoku University Economics Professor Hiroshi Yoshida.

Take a spin into the countryside like I do frequently on my motorcycles, and the problem is even more graphic.

More than 8 million of the nation's 60 million homes are abandoned, according to the Internal Affairs and Communications Ministry. Schools have closed, once-fertile rice fields lay fallow, and there are no public services.

Entire communities are doing anything they can to attract people, however desperate that may seem.

A few years back, for example, Mishima Village in Kyushu decided to give away free cows to attract young farmers... and there was only one taker. New rice, free schooling, free medical care... these are but a few of the gambits intended to attract more people.

As you might imagine, the economic impact is extreme.

A reduced population means smaller tax receipts which, in turn, mean fewer and more expensive public services, if they exist at all. Many of the small towns I ride through remind me of Detroit, minus the crime, as hard as that is to imagine.

The situation will not change any time soon.

A new study provides startlingly graphic evidence as to why... very few people are getting "busy" - and yes, I mean exactly what you think I mean: they're not having sex.

According to a new Japanese population study from the National Institute of Population and Social Security Research, 70% of young men between the age of 18 and 34 don't have a girlfriend/partner, nor did 60% of women the same age.

And here's the part that really cuts to the chase... more than 40% of those same young men and women aged 18-34 have no sexual experience whatsoever. And the figure is going up.

Over half of the survey's respondents say they have no chance of meeting the right partner. Less than 10% of young men want their future partner - if they actually do meet one - to be a housewife or mother. I was unable to find statistics on same-sex couples but cannot imagine the numbers are much different.

These numbers really hit home around the dinner table. I've got several nieces and nephews who are part of the generation we're talking about. Not only are they struggling to have any sort of relationship, but they've moved home, too, further compounding the issue.

ADVANTAGE 1 – HK
The HK people hate the Chinese government rule – despite the fact that they have more freedoms under the current rule than they EVER had under British rule.

ADVANTAGE 2 – HK
Many parts of Japan are actually less expensive to live in, than HK. Apartment sizes are roughly similar in size and cost as in Tokyo and Japan actually has a better infrastructure overall than HK (and it's bigger).

ADVANTAGE 4 – HK
HK people enjoy having children…for now. It's part of Chinese culture. Japan has a very similar educational structure, so the only difficulty would be the language. Japan also has a phenomenal homegrown movie industry.

Language issues aside – I see the two cultures as quite similar, to include the darker side, such as general acceptance of gangsters (In Japan, it's illegal to be a gangster unless you're a member of a legally incorporated gangster group – and they have to pay taxes, benefits, social insurance, unemployment insurance, etc).

Actually, Japan's culture is highly driven by it's media. As an example, the highly xenophobic Japanese nation as a whole used to be extraordinarily racist towards Koreans (the North Korean nuclear dagger hanging over their heads daily, notwithstanding).

Since the early 2000's, japanese media has shown increasing proclivity for portraying Koreans in a VERY positive manner, from the Korean soap operas to k-pop. KDDI even used Samsung (via Hitachi) to upgrade their 3G network, effectively dooming Motorola to death by starvation (Motorola's no longer a major telecoms infrastructure player).

The government need only re-activate it's propaganda machines – it's entire entertainment industry – to socially re-engineer dating, the concept of love, and the desire for both genders to have children. They can also include the LGBT workforce, to focus on family and children again, as opposed to frolicking about traveling and seeing new things.

It will take another 10+ years to change what they created, through social media – but if they start now – they just MIGHT be able to effect a slow, but gradually sustainable demographic shift.