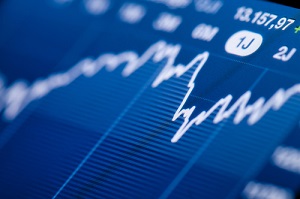 The Dow Jones Industrial Average slumped as investors weighed the prospects of tonight's presidential debate and a surprise announcement by pharmaceutical giant Pfizer Inc. (NYSE: PFE). Shares of PFE stock slipped 2.3% after the firm decided to not split into two publicly traded companies. Pfizer had explored a possible company split over the last few years. However, recent speculation has followed the firm's planned merger with Allergan Plc. (NYSE: AGN). Today's downturn in PFE stock offered the biggest weight on the Dow and S&P 500.

Let's look at the final numbers today for the Dow, S&P 500, and Nasdaq:

Here's a look at today's most important market events and stocks, plus a preview of Tuesday's economic calendar.

The Dow Jones cratered more than 150 points on Monday as investors turned their eyes to tonight's presidential debate. GOP nominee Donald Trump and Democratic nominee Hillary Clinton will face off for 90 minutes this evening, and experts project that this could be the most-watched debate in election history. According to Bloomberg, both candidates are locked in at 46% support, signaling a dead heat.

Tonight, the two candidates will debate issues on the economy, terrorism, immigration, and – of course – Clinton's email server. But one of the most important topics will center on the Syrian refugee crisis. Here's what to expect from both candidates on the issue and why it matters to the global economy.

The price of crude oil today surged to more than $45 a barrel on new hopes that major oil producers might clinch a deal to limit production. The massive oil supply glut is one of the biggest reasons behind the oil price crash that started in 2014. Today, energy ministers began discussions in Algeria. Despite increased hopes of a deal, traders shouldn't anticipate a production cut by the global oil cartel. The sticking point appears to be geopolitical tensions between Saudi Arabia and Iran.

Here's everything you need to know about the September OPEC meeting.

Money Morning Global Energy Strategist Dr. Kent Moors says this week's meeting is about much more than just oil prices. Here's when OPEC will change its strategy… and what the Algiers meeting is really about… right here.

In deal news, shares of Twitter Inc. (NYSE: TWTR) added more than 0.7%, reversing from a decline earlier in the trading session. Traders cheered on speculation that Walt Disney Co. (NYSE: DIS) is considering a bid for the microblogging giant. Shares of DIS stock were off more than 1% on speculation of a deal. Disney likely won't be the only firm to make a bid in the coming weeks. Names of other possible suitors include Salesforce.com Inc. (NYSE: CRM) and Alphabet Inc. (Nasdaq: GOOGL).