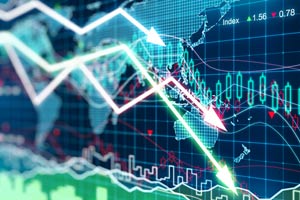 Stock Market Crash: As widely expected, the U.S. Federal Reserve left interest rates unchanged at its September FOMC meeting. And even though the markets rallied after the move, the Fed's inaction could have a disastrous impact on markets.

In fact, the Fed's actions could lead us straight to a 2016 stock market crash…

Money Morning Global Credit Strategist Michael Lewitt has been warning investors about the Fed's policies all year. And he reiterated his position following last week's meeting…

Will the Fed Create a Stock Market Crash?

"The fact that the Fed is hemming and hawing about raising rates by a miniscule 25 basis points for only the second time in 10 years is proof positive that it not only has no clue what it is doing, but that everything it has done over the previous decades has been destructive to economic growth," Lewitt said.

At the conclusion of the two-day FOMC meeting on Sept. 21, the Fed said the case for a rate hike has been strengthening. Still, policymakers decided to wait for even more economic growth.

Immediately following the rate hike, the DJIA fell more than 10% in just six weeks. That prompted new stock market crash fears. Since then, the Fed has not raised rates.

With two more FOMC meetings left in 2016, there is still a chance for a rate hike. I say "a" chance because a hike in November is highly unlikely. The November FOMC meeting takes place the week before one of the most contentious elections in history. Market odds of a rate increase in November are just 8%, according to CME Group's FedWatch Tool.

The likelihood of a December rate increase is 50-50. But the Fed is extremely adept at coming up with excuses to keep rates steady. With plenty of economic data to sift through before then, policymakers will likely find a few reasons to maintain their lower for longer stance.

Markets have been enjoying the Fed's ultra-loose monetary measures, Lewitt said. But a day of reckoning is coming. You see, a near decade of near-zero interest rates has artificially inflated asset prices.

And it won't take much for that bubble to burst. Investors need to be prepared for a potential stock market crash…

"With the S&P 500 trading at its highest level other than 1929 and 2000 (based on the Shiller Cyclically-Adjusted P/E) and other measures, it is vulnerable to any serious disruption of the narrative that has driven it to near record highs," Lewitt explains.

Plus, if Donald Trump wins the White House in November, which is a distinct possibility, an extremely accommodative and market-friendly Fed could be a thing of the past. A Trump victory would come with a great deal of uncertainty. We all know how much markets hate uncertainty.

"It would be prudent to be cautious with your investments until greater certainty emerges," Lewitt said.

While investors prepare for a possible stock market crash, we've detailed the best investment to make to protect yourself from the Fed. Here's the action to take now…