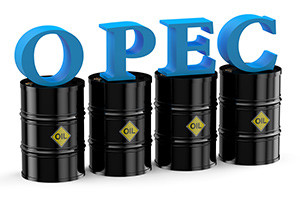 Saudi Arabia offered to limit its production, hoping Iran would follow suit. The hope was to establish a balance between supply and demand. But according to Reuters, Iranian Oil Minister Bijan Zanganeh said on Sept. 27 that it was "not the time for decision-making."

This shouldn't be surprising to Money Morning subscribers, though, as Dr. Kent Moors said on Sept. 22 an agreement on oil production would not be reached at the Algiers OPEC meeting.

But Moors does have a bold oil price prediction, as well as a prediction for when OPEC may finally agree to limit production.

Before we share his predictions, we wanted to make sure our readers knew why OPEC's current policies are creating such volatile crude oil prices...

Currently, OPEC and non-OPEC members have an "open tap" policy.

That means members and non-members produce and sell oil as quickly as possible.

"This 'open tap' approach leads directly to producers wrestling market share at the expense of others and is accomplished by a complicated series of export pricing changes and discounts, especially targeting the expanding Asian market," Moors said on Sept. 22.

You see, if one country cuts its production, another country will just produce more oil and sell it faster.

"It's a zero-sum game with the winners changing from month to month and only then by effectively reducing realized revenue," Moors said.