I remember a bitter global trade dispute from my days as a reporter, back in the 1990s - you might, too.

From what I could see, anecdotally, Kodak's claims had at least some merit. The European Commission agreed, but the World Trade Organization didn't see it that way; Fuji was allowed to continue to press its advantage.

Winning the dispute made Fuji a bigger, bolder company. It invested in itself. I went on a tour of Fuji's Greenwood, S.C. plant, and it blew Kodak's facilities out of the water; it was "modular," modern, more efficient, and more easily able to adapt to fluctuations in market preferences.

Of course, the birth of digital photography soon made the dispute academic. We never got to see how it all might've played out.

Now, I mention all this because the WTO just issued another landmark ruling in a major international trade dispute with billions at stake.

I can't say history is repeating, though - this time, the organization sided with the American firm and against its rival in Europe.

That's great news for American industry, but especially for my readers. They've got the chance to reap a whole new batch of profits - after we've already seen peak gains of 157%. 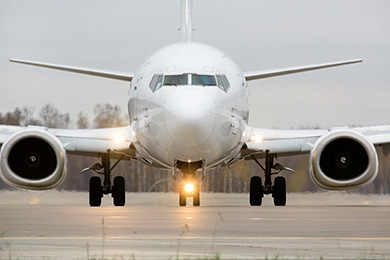 I was thinking about the Kodak-Fuji rivalry after seeing that the WTO ruled against commercial airplane maker Airbus Group SE (OTCMKTS ADR: EADSY) - the arch-rival of longtime Private Briefing favorite, The Boeing Co. (NYSE: BA). Boeing was one of our earliest recommendations, delivering those peak gains of 157% I mentioned.

Because I've been covering the defense and aerospace sectors for most of my 30-plus years in financial journalism - as well as my intense, lifelong personal interest in aviation - Boeing is a company I know very well.

And the competitive rancor Boeing and Airbus display toward each other reminds me very much of the ill will that Kodak and Fuji directed at one another.

Last week's WTO decision is an outgrowth of that often-vituperative rivalry.

It's a long-running, multibillion-dollar dispute that pits Boeing against Airbus, and the U.S. government against the European Commission (the executive arm of the EU) - with claims that state governments have provided illegal subsidies to their "hometown" plane-makers.

In the 574-page verdict released just last week, the WTO ruled that the EU had failed to eliminate illegal subsidies to Airbus.

According to the WTO, the EU and some of its member states "failed to comply" with an earlier ruling to either remove the subsidies, or at least eliminate the beneficial effect. The EU apparently took some measures after that earlier ruling - but the Geneva-based trade adjudicator said those moves were not meaningful.

Of course, the European Commission defended its moves.