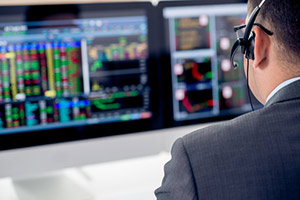 At Money Morning, we've always viewed the mainstream financial world and Wall Street with skeptical eyes. While we're not contrarians for the sake of being against the grain, we realize that analysts and so-called "experts" frequently get things wrong...

For example, remember when Jim Cramer, famed host of CNBC's "Mad Money," urged viewers to get out of Hewlett Packard Inc. (NYSE: HPQ) stock on Nov. 20, 2012, citing bad corporate culture and other issues?

Over the next six months, after bottoming out at $12.44 per share on Nov. 23, HPQ shot up over 100% to $30 per share. (To date, shares are up 20.5% since Cramer's call.) The stock's surge was from investors speculating the company would make a turnaround. Investors that followed Cramer's advice missed out on triple-digit gains.

We put together a list of six more of the worst Wall Street calls within the past decade. The list ranges from terrible calls made right before the 2008 financial crisis to bad recommendations made in just the past few years.

According to Goldman, stocks on this list have the most potential on the market. The bar is very high -- Goldman analysts will only put a stock on their conviction buy list if they're absolutely certain their analysis is correct.

Despite that, the LNKD conviction call didn't work out so well for Goldman...

LNKD rose 2.87% to $231.02 per share following Goldman's recommendation of a $280 price target. Nearly a year later, however, LinkedIn stock plummeted almost 50% from January to early February. LinkedIn signaled a depressing outlook for the start of the fiscal year. And the stock hit a bottom of $100 per share on Feb. 9.

On Feb. 22, Goldman announced that it removed LNKD from its conviction buy list, slashing its price target from $280 to $155. That represents a nearly 44% correction.

LNKD is currently trading at $192 per share as of Sept. 28, but is still well below Goldman's original conviction buy price target.

On Nov. 8, 2012, the perennially bearish Marc Faber, editor of the "Gloom, Boom & Doom Report," said on Bloomberg Business that the market would plunge at least 50% after President Obama's re-election.

He reasoned that Obama would be bad for business and a "disaster" for the United States.

Don't Miss Out: Get the Best Investing Research Today to Grow Your Money

Whitney is an American financial analyst who is known for successfully forecasting problems at major banks during the 2008 Financial Crisis.

But she's also known for another, less prescient call...

In late December 2010, Whitney appeared on CBS' "60 Minutes" and predicted that 50 to 100 municipal bond defaults would cause "billions" in losses.

Her statements moved markets, but ultimately proved to be false. The S&P Municipal Bond Index, which tracks the broad performance of munis in the United States, actually increased from 174 on Dec. 30, 2010, to over 200 nearly six months later.

In a 2002 New York Times column, Nobel Prize-winning American economist Paul Krugman made an awful recommendation to the Federal Reserve...

At the time the Fed was fighting a recession from the Nasdaq crash in March 2000, also referred to as the dot-com crash.

To fight the recession, the Krugman actually said former Fed Chair Alan Greenspan needed to create a housing bubble to replace the Nasdaq bubble. A bubble to fight a bubble, so to speak.

Whether the Fed took him at his word is up for debate. But the Fed actually did contribute to a real estate bubble by maintaining low interest rates. And the subsequent 2006-2008 housing bubble led to one of the worst recessions since the Great Depression.

"It wasn't a piece of policy advocacy, it was just economic analysis."

A lot of analysts on Wall Street got it wrong about the 2008 Financial Crisis. But few were caught more unaware than Cohen, a former Goldman Sachs chief strategist.

As we know... the stock market had other plans.

Continue reading to see the absolute worst analyst call of the past decade -- this man's atrocious prediction had consequences that we're still feeling in 2016...