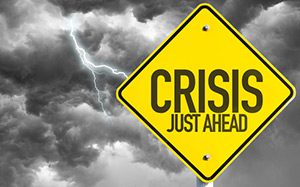 There's a dangerous economic policy known as negative interest rates, and it's going to cause a stock market crash.

It's being largely ignored because the policy isn't used in America. Right now, it's mostly being used in Europe and Japan. But U.S. Federal Reserve Chair Janet Yellen said in May she would not rule out negative interest rates if the U.S. economy was in an adverse scenario.

Why Negative Interest Rates Are So Dangerous

That's the basic principal behind NIRP.

When more money is lent and easier to access, borrowers will spend more money on building new homes, purchasing new cars, and creating or expanding a business.

Increased spending is supposed to help grow an economy.

But that's not what's really happening. Instead of helping the economy, negative interest rates are a catalyst for a stock market crash…

The citizens of these countries understand their economies are in bad shape for such a dangerous policy to be enacted. People in Japan and Germany are hoarding money instead of spending it.

That's exactly the opposite of what the Bank of Japan (BoJ) and other central banks need to happen for NIRP to work.

Safe sales in a Japanese hardware store doubled in February, according to Fortune. And according to The Wall Street Journal, Germany's biggest safe manufacturer saw sales jump 25% in the first half of 2016 year over year.

And people not spending money is only one of the issues…

Just take a look at economic data from Japan:

But the most dangerous part of this policy is that the BoJ and other central banks are out of options to stimulate their economies.

They can't come to the rescue and provide a bailout.

So the ripple effect of the Japanese economy (the third largest in the world) and other economies collapsing will be felt throughout the global markets. That could cause a stock market crash.

During a Stock Market Crash, Make This One Investment