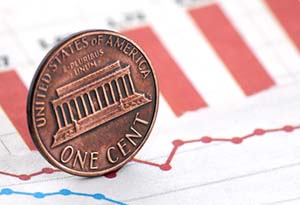 But our three penny stock picks are different...

Investors haven't taken notice of FuelCell... yet. No doubt, many are turned off because of its string of lackluster earnings reports.

But once FuelCell gets more projects underway and completes others, the company's sales will grow - and so will its margins. For example, on Sept. 7, FuelCell announced the completion of a major power plant in Riverside, Calif. The company said its new power plant will bring immediate power savings for the city of Riverside and will support the city's sustainability goals.