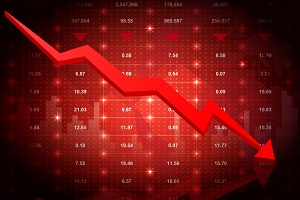 This morning, the Dow Jones Industrial Average projected a small decline as investors settle in for the start of earnings season.

Aside from earnings, the markets are keeping a close eye on the European banking sector and Federal Reserve.

Though the central bank elected to keep interest rates unchanged during its September meeting, the prospect of an increase is on the horizon. Money Morning contributor Tom Gentile explains that even though a rate hike is likely in December, you can still find ways to profit.

On Friday, the Dow gained more than 164 points as financial stocks rebounded thanks to news that Deutsche Bank AG (USA) (NYSE: DB) had reached a settlement with the U.S. Justice Department.

The German bank's CEO said that the company would not face any liquidity problems, while analysts said the firm would not require a bailout from German citizens.

Now let's look at the most important market events and stocks to watch today, plus your economic calendar, for Oct. 3, 2016.

The Dow Jones Industrial Average projected an 11-point decline as investors prepare for a busy day of economic data and updates on the health of global investment bank Deutsche Bank AG. Keep an eye out for the final September manufacturing PMI figures, ISM manufacturing numbers, and construction spending data. Here's where the markets will go in a busy earnings week.

Trending: The Real Wells Fargo Scam Is a Reckless "Do Whatever It Takes" Culture

Oil prices were ticking higher this morning as investors cheered last week's production deal among OPEC producers. The global oil cartel approved a deal that will see producing nations limit their production in November. Here's the latest on the OPEC Algiers meeting.

On the deal front, shares of Janus Capital Group Inc. (NYSE: JNS) gained more than 1.5% on news that the firm will merge with the Henderson Group, a British fund management firm. Meanwhile, Shares of Cabelas Inc. (NYSE: CAB) gained more than 16% in pre-market hours on news that the hunting and fishing retail giant will be purchased by Bass Pro Shops.

But the big news this morning is at Wells Fargo & Co. (NYSE: WFC). According to CNN, the state of Illinois plans to pull billions of dollars in business from the bank. Meanwhile, Democratic presidential candidate Hillary Clinton is expected to give a speech today on her new plan to let consumers sue "bad corporate actors." The speech will target Wells Fargo and Mylan NV (NYSE: MYL), which remains under pressure.