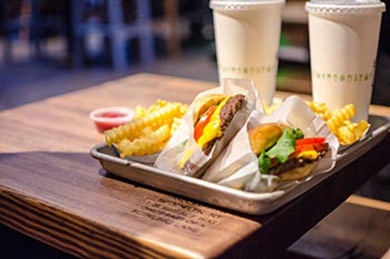 Trending: Merkel Says "Nein" to Deutsche Bank Bailout - Here's How to Prepare for What's Next

Millions of investors are trying to figure out whether Howard Shultz was just being kind or whether he was trying to impart true wisdom when it comes to Shake Shack... as in, "you should go out and buy shares" wisdom.

More to the point, what Schultz actually said was that he respects Shake Shack as a competitor because the company is trying to get big, yet stay small... exactly as Starbucks is doing.

I'd also point out to would-be SHAK investors that, according to SEC filings, Shake Shack CEO Randy Garutti just unloaded 8,000 shares on Sept. 23 in a transaction valued at $258,240. As I have pointed out many times, there could be any number of reasons why he's sold, ranging from simply wanting to raise cash, to paying for a child's education - but still - he sold, not bought. And that's worth noting, just as it was when Schultz, for example, sold $4.5 million worth of Starbucks shares last November.