What a difference a few days can make for oil.

Earlier last week, oil was drifting down under the weight of doubts about the rumored OPEC oil deal. Then, on Wednesday, several OPEC oil ministers announced that they'd agreed to cap production.

Almost instantly, U.S. oil prices shot up 6%. But come Thursday, the enthusiasm had waned, as traders actually looked into OPEC's oil deal... and didn't like what they saw.

Now, as with any supposed deal between countries that are at each other's throats, the devil will be in the details. That's certainly the case here.

But analysts' reports calling OPEC's announcement a complete failure are wide off the mark.

So today, I'm going to walk you through the details of this plan...

And show you exactly why this deal will be a game-changer for oil...

An Oil Deal Will Help That All-Important Market Balance

Now, OPEC had to move on oil production or face a snowballing financial mess. Wednesday's announcement brought welcome relief to the oil market, with prices spiking more than for any trading close since Feb. 12. 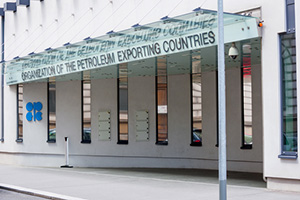 Of course, back then, WTI spiked from a low of $26.21 a barrel. As it turned out, Feb. 12 marked the low ebb of the oil pricing cycle in one of the worst downturns in memory. When the markets closed in New York on Thursday, WTI had risen more than 82% from that low.

But analysts have always been hard-pressed to determine just what it is that might create a lasting jump in oil prices. The global market continues to face a glut of oil. What's more, there are places with large, easily extractable reserves - should prices make doing that worthwhile.

That prices have been rising anyway shows that a balance is in sight. Now, this balance doesn't mean that there's only enough oil on the market to meet short-term demand.

As I've explained before, that kind of "just-in-time" approach to supplying oil would guarantee very unstable prices.

Instead, this balance involves matching expected supply with demand, with a cushion to cover any emergencies.

And that's where OPEC's announcement comes in...

OPEC's Plan Isn't Quite "There" Yet - but It's a Start

There was virtually no chance for OPEC to lay out anything but a general statement of intent before delegates left the International Energy Forum (IEF) ministerial meetings in Algiers.

Now, here's what that "sketch" of a plan looks like: OPEC has agreed to put monthly cartel aggregate production at between 32.5 million and 33 million barrels a day.

This is in line with the cartel's monthly output for January 2016 - the "Doha freeze" levels which happened to be historically (almost ludicrously) high.