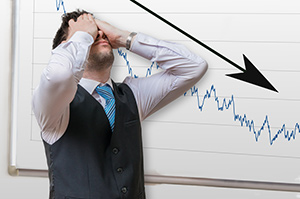 So goes this famous saying attributed to hedge fund billionaire Warren Buffett, who is arguably one of the world's greatest stock-pickers.

This statement is particularly true when it comes to fad stocks - or securities that experience a burst of popularity in the short term followed by a lull in the long term.

The "Dot-Com Crash" of 2002 was probably the best example of how latching onto the fad stock du jour can ruin a portfolio. At that time, investors were grabbing stakes in all sorts of companies that had ".com" tagged to the end of their name. In just two years' time - after the dot-com investment boom peaked in Q1 of 2000 - at least 4,854 web companies were either shut down or acquired. Here are five examples of fad stocks from the 2000s...

Crocs, the colorful resin clogs, were once the biggest footwear fad since Ugg boots. 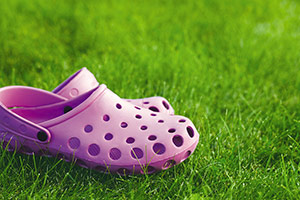 A pair of Crocs.

But that's when the retail environment turned its back on Crocs. The public was already starting to feel the strain of what was about to become the Great Recession. And the lack of general purchase power from the public as the economy turned forced the company to slash revenue guidance. After issuing lower than expected revenue and profit expectations in Q3 of 2007, Crocs shares dropped 30% in one trading session, down from their $68.98 high to $47.52.

The company's rapid expansion carried it for a few years until the stock collapsed in 2004, falling from $40 in March to $12 by the year's end. 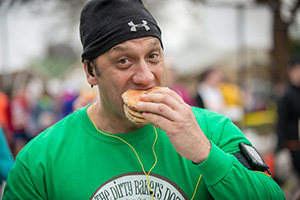 Man eats a Krispy Kreme doughnut after running a marathon...

On Feb. 11, 2005, upon disclosing disappointing earnings and lowering its future guidance in the first quarter of the fiscal year, Krispy Kreme's stock dropped an additional 29% in one day - from $8.66 a share to $6.16. This eviscerated more than $590 million in shareholder value.

At the same time as KKD stock fell, its CEO Scott Livengood was removed from the job after the Securities and Exchange Commission (SEC) probed the company for alleged improper accounting that lead to its value demise. Livengood denied these claims, instead attributing the KKD's decline in profits to another fad: the low-carb craze.

However, Livengood was slapped with shareholder lawsuits following accusations that he and the company were involved in self-dealing. Shareholders alleged that Krispy Kreme paid a premium to acquire a franchise that Livengood's ex-wife partially owned.

On March 5, 2009, in the crux of the Great Recession, Livengood settled with the U.S. District Court for the Middle District of North Carolina on this suit and was ordered to pay a total of more than $542,200 in civil penalties, disgorgement fees, and interest.

Our third of five fad stocks of the 2000s went out of style because... it killed people...