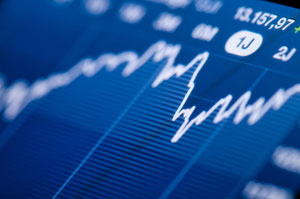 The Dow Jones Industrial Average rallied on higher oil prices and strong gains in financial stocks. The S&P 500 received a strong boost from Chesapeake Energy Corp. (NYSE: CHK), which saw shares rise more than 5.5% and was the index's top performer of the day.

The Dow Jones rallied 112 points thanks to strong gains in financial and energy stocks; investors weighed a wealth of earnings reports; and takeover speculation boosted the technology sector.

No doubt about it. Buying Twitter would be a mistake for anyone given the social media firm's stagnant user growth and its struggling advertising efforts. In fact, investment firm Mizuho issued a warning about Salesforce's desire to buy the company, and CRM stock plunged more than 6% on the news. Here's the latest on Twitter takeover rumors.

The price of crude oil today rallied again on Wednesday after the U.S. Energy Information Administration announced a surprise drop in weekly crude inventories. The EIA announced that crude inventories fell by 3 million barrels last week, well above consensus expectations for the report. In addition, investors continue to show positive sentiment from OPEC's deal. Today, both OPEC and non-OPEC producers have set plans to discuss production during a weeklong meeting in Istanbul, Turkey, starting Oct. 8.

Money Morning Global Energy Strategist Dr. Kent Moors says that the global oil cartel has one major challenge ahead of it before it succeeds in boosting global crude prices. Here it is.

But the big story today is at Deutsche Bank AG (USA) (NYSE: DB). The German megabank has seen its shares bounce off an all-time low this week as concerns about its liquidity have abated. Politicians in Europe and banking titans like JPMorgan Chase & Co. (NYSE: JPM) CEO Jamie Dimon have all tried to calm the waters with soothing rhetoric about the firm's balance sheet. The bank is the fourth-largest in Europe with more than $2 trillion in assets. The German government doesn't want to bail out the firm as its share price continues to erode over the last few years. Without a bailout, Deutsche Bank's fate seems sealed… and Germany could have to step in. But it gets even worse. DB's collapse could take the rest of Europe – and even the global economy – with it. Talk of the next Great Depression is already starting, and it's from the bank's own economist.