Access Your Profit Alerts
Sign Up for Money Morning and get your free report:
"The Best Stocks to Buy Now"
How to Buy Bitcoin
Twitter
Stocks: EWJ, FXY

By now, it should be apparent to anybody with a functioning cerebellum that our political and economic policy leaders are abject failures. After years of impotent monetary policy at the hands of the Fed, decades of incompetent foreign policy by several administrations, a dormant and corrupt Congress, and an activist Supreme Court rewriting the Constitution, the world is going to hell in a handbasket.

It is timely, therefore, that Mike Judge's 2006 comedy "Idiocracy" is celebrating its 10th anniversary with special nationwide screenings beginning Oct. 4. The film tells the story of two people who participate in a top-secret military hibernation experiment. They awaken 500 years later to an America where advertising, commercialism, and anti-intellectualism run rampant and where the president is a former professional wrestler with severe anger management issues. These characters are luckier than the rest of us - they had to wait 500 years to live in a world governed by idiots. We were not as fortunate.

Some central bankers are finally starting to acknowledge their failures - but it's too little, too late.

Here's why their wishful thinking has led to disaster - and of course, how to profit. 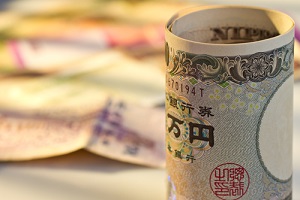 The Bank of Japan is surrendering its Peter Pan fantasies of reviving inflation by committing to a 2% inflation target. Readers will remember BOJ Governor Haruhiko Kuroda, charter member of The Committee to Destroy the World, telling an audience a couple of years ago with respect to his attempts to defeat the deflationary mindset among Japanese consumers that, like Peter Pan, "the moment you doubt whether you can fly, you cease forever to be able to do it."

We might be willing to give Mr. Kuroda the benefit of the doubt and chalk up this comment to a bad translation but for the fact that he has operated the most reckless monetary policy in history over the last few years in Japan, buying not only most of the Japanese Government Bond market, but also huge amounts of Japanese equities and exchange-traded funds (ETFs). That is something that only someone who believes in fairy tales could possibly believe makes good sense.

After years of Herculean policy efforts to promote inflation, core inflation in Japan (all prices minus fresh food) is running at -0.5%, far from the 2% target. The Peter Pan playbook clearly isn't working. As Kazuo Momma, until recently an assistant Bank of Japan Governor, concedes: "The Bank of Japan has been doing what is written in economics textbooks. The poor results pose a problem not only for Japan but for economics as a whole." Maybe it's time for someone other than former tenured economics professors to run things.

In Europe, European Central Bank (ECB) President Mario Draghi also warns that his Peter Pan powers are at an end. Having pushed down interest rates across the Continent below zero, he reiterated a message he has sounded before that keeps falling on deaf ears (though it didn't stop him from engaging in reckless easing policies), calling for European governments to adopt pro-growth fiscal policy reforms to complement his easy money.

Arguing that low interest rates are a symptom of weak economies, not merely the consequence of ECB policies, he warned about the adverse side effects of keeping interest rates too low for too long. He still claimed that ECB stimulus efforts are working, but try telling that to European banks that are suffocating under low interest rates and bad loans.

The Germans remain properly skeptical of ECB policies. In advance of a Sept. 28 meeting with Mr. Draghi, German lawmaker Hans Michelbach summed up their concerns: "We don't see that this policy has been successful in any way, either on budget deficits or on economic growth. We want clear answers on what monetary policy has achieved, apart from an expansion of joint liability in the euro zone." With a menu of bailouts looming before them (Deutsche Bank, Greece, etc.) and a slowing economy, the Germans have a lot to worry about.

Here's How to Profit