Tom Gentile, America's No. 1 trader, joined me by phone from Florida, where Hurricane Matthew is coming ashore, to talk about why his trading has become so profitable lately.

Truth is, we've seen a truly eyebrow-raising string of wins in his trading services recently - Tom has closed out 31 trades for triple-digit profits this year alone, and he's closing fast on his 32nd. What's more, since his successful webinar on Sept. 28, he's putting on a retail sector trade that could deliver 916% in potential gains... before the 2016 holidays.

So we wanted to know exactly how someone could make this kind of money. On any stock, let alone one of the biggest companies (and most expensive stocks) on Earth. The stock itself is up nearly 25% this year, which is nice, but hardly 916%.

Turns out there's no mystery at all...

Greg Madison, Money Morning Managing Editor: We want to ask you about a trade you've got on right now, and we'll get to that, but first things first: We're hearing that some investors are reluctant to open trading accounts and begin actively trading. Is there any easier way to make this kind of money? 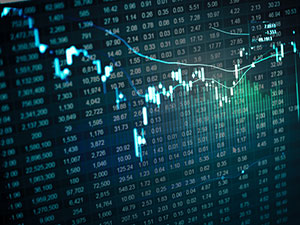 Tom Gentile: Faster, bigger money? Not that I know of. I think Wall Street has spun this kind of phony mystique around trading to put people off it because, well, you know, there's more money in it for them. I've always hated that. It's true that there's some trading lingo to learn, but that stuff is easy, and the strategies and trades aren't complicated, either. I should know, since 2009 I've taught 300,000 how to trade.

The truth is that short-term trading is the best way to capture quick money. You need a bit of discipline to stick with the right entry and exit points, to not "chase" a trade - that there is the quickest way to lose money. You need signals to tell you when to move and how the trade will go, too.

In my trading services, Money Calendar Alert and Weekly Cash Clock, for instance, I take care of this for my readers. They just need to follow some easy instructions. Turnkey profits; everything you need to make money is there; signals to follow, short-term trades - I always like to be in on Monday, collecting profits by Thursday, and relaxing by the weekend - and timely entries and exits.

GM: Why do you suppose this kind of trading is so powerful?

TG: The trades are powerful because they give the trader a way to take a bullish or bearish view of the markets with the maximum they're willing to risk built right in. You simply cannot lose more than the amount you purchase the option for, yet the returns can be unlimited.

I always like to be in on Monday, collecting profits by Thursday, and relaxing by the weekend

Now, this "limited risk, unlimited return" position isn't free, but we look for options in such a way that they have a highest chance to double than any other option in the chain. I do that with backtesting and modeling on 10 years' worth of data compiled on the 250 best-performing shares on the S&P 500.

GM: So you go in with a pretty high degree of certainty that you're going to be making some money in the very near future. Well, what's the biggest, fastest gain you've ever made?