If you're worried that we may be headed for a crash, you aren't the only one. Markets are still trading near all-time highs, which has many analysts calling for a major pullback.

A look at our nation's stock market crash history paints a picture of a volatile market that doesn't react well to uncertainties. In this tumultuous election year, with economic uncertainty around the world, it's a possibility that we could be reviewing the stock market crash 2016 highlights in the near future. 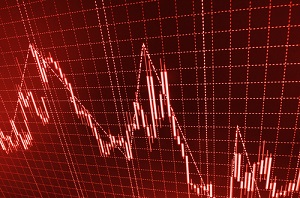 While the past can never predict the future, we can analyze the stock market history for any past trends we may be seeing today.

For the sake of clarity, let's define precisely what a crash entails before we launch into a stock market crash history. A crash is a significant drop in the total value of the market, and it is usually tied to the popping of a bubble.

A bubble occurs when there is inflated demand on stocks, driving up their prices much higher than the stocks are actually worth. Since they aren't backed by anything "real," they eventually pop, and the investors suffer.

Trending Now: Get the Best Investing Research Today to Boost Your Profits

As a general rule, corrections are characterized by a 10% or less drop in the market and a short duration. A market crash is when the market falls 30%, 40%, 50% or more in a matter of days or weeks. Here are just a few of the stock market crashes in history.

While there were a few interesting market crashes before this most famous one, the stock market crash of 1929 is the first major crash in the U.S. markets, and there are reasons that it's so memorable.

Remember what we said about bubbles? The roaring 20s were an age of prosperity in this country, propped up by a land boom and by speculation in railroads and manufacturing.

In just the four months before the crash, the Dow Jones gained more than 20% in value. Nearly everyone in the country was borrowing money to invest in the thriving market.

The markets began their fall in September 1929, and the real tumble took place in October. On "Black Thursday" (Oct. 18), the market lost 11% of its value. By the time the market bottomed out in 1932, it was down nearly 90%, and within the next year about half of all U.S. banks had failed. Unemployment reached 30%, and it took 25 years for the market to reach pre-crash levels.

Contrary to what some people believe, the crash of 1987 was no correction. In fact, the losses on "Black Monday" amount to the largest one-day market crash in history, as a percentage of market value. The preceding bull market began in 1982, fueled by hostile business takeovers, shady IPOs, mergers, and leveraged buyouts. By 1986, the Dow had nearly doubled.

Some investment advisors began using what was called "portfolio insurance" to protect investments, which actually made the problem worse. When the market began to tumble in October 1987, aggressive sell orders began hitting, inducing even more panic. By the end of the day, the Dow had lost 22.6% of its value, a $500 billion loss.

Fortunately, Alan Greenspan had just taken over the Fed, and some measures were put in place to both prevent a depression and try to mitigate potential future market crashes. The next one came just two decades later.

The speculation that obliterated the market in the stock market crash of 2008 and 2009 was that of the real estate and mortgage variety.

From the late 1990s through 2006, home prices in the United States nearly doubled. Lenders took to relaxing lending standards to accommodate the rush to buy a home and get in on making real estate investment riches.

Get Our Best Profit Building Strategy: With these top-5 investing strategies, you'll be able to grow your wealth like never before. And these reports are absolutely free. Read more…

Buyers either took loans above their means or investors took multiple loans from unscrupulous lenders, causing defaults to skyrocket and a bubble burst of epic proportions.

Does this stock market crash history lesson give us clues about a potential crash in 2016? Some experts believe that it does. Currently the S&P 500 is trading at near record levels, and Money Morning Global Credit Strategist Michael Lewitt believes that the Fed's reluctance to raise interest rates for the sixth time this year is proof of the fact that they're putting our markets in danger.

Over a third of global government-issued bonds currently have negative yields. These aren't attractive buys for investors, who instead turn to the stock market, potentially driving up stock prices beyond their values.

Other factors that could contribute to a stock market crash this year include a still struggling economy in the United States. This is clear from our stifled GDP, which is down 74% over the past two years. Plus, companies in the S&P 500 have reported an average earnings loss for six consecutive quarters, as reported by FactSet.

While our economy continues to struggle, the possibility of another stock market crash still exists. There are always ways to make money through investing, regardless of market conditions. To learn more about a potential stock market crash and how to invest in a troubled market, read our stock market crash protection plan, right here…
Follow Money Morning on Facebook and Twitter.