Millions of people think they know the answer, which is great. However, the far more relevant (and profitable) question is why on earth millions of investors would have bet otherwise?!

There are far more profitable alternatives out there and, I might add, that come with far less risk.

Including the two I'm going to mention today. 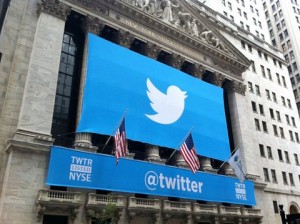 Last August, Twitter stock was up 80% off the $14.40 per share low it set in June, leading millions of investors to think that this was it... Twitter was "back."

No way in hell.

A billboard on the notoriously dangerous Road to Dushanbe would probably be more profitable.

Hope has never been, and will never be, a viable investment strategy.

And, as of Thursday morning, apparently not for Google, either.

According to various news sources, every potential suitor we know about has concluded the same thing we did all the way back in June when I explicitly told you not to bet on a "buyout bailout."

Twitter remains a stock with no redeeming value whatsoever.

Worse, it's a company that rips bare any assumption about "eyeballs" and "clicks" and the "promise of social media."

Twitter is also a glaring wake-up call for investors - or at least it should be.

Millions of investors have a bad case of FOMO, which stands for the "fear of missing out." So they're throwing money at social media investments like Twitter on the assumption that they have to. In the process, they're creating billions for company founders, for underwriters, for lawyers, and for angel investors. Just not for themselves.

At the same time, they're creating billion-dollar valuations that are complete fantasyland and based on nothing more than the premise that they might be "on to something."

Good luck with that - even truly innovative companies have real products.

At the risk of sounding like a broken record, you cannot and should not invest in a company where the numbers are going the wrong direction - no matter how many passionate users there are, no matter how much potential they seem to have, and no matter how exciting Silicon Valley makes 'em seem.

If you're a trader and you want to speculate, that's fine. There's a role for that as part of a disciplined overall investment strategy. But that's not what we're talking about today.