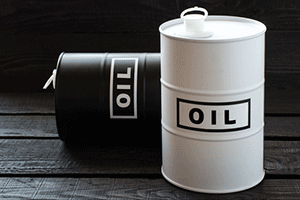 The Dow Jones Industrial Average today pushed higher thanks to a surge in oil prices and big gains in biotech stocks.

But the big story today was Twitter Inc. (NYSE: TWTR). Shares of TWTR stock plunged more than 12% on reports that bidders had lost interest in the company. Walt Disney Co. (NYSE: DIS), Alphabet Inc.'s (Nasdaq: GOOGL), and Salesforce.com Inc. (NYSE: CRM) were all considered possible buyers. However, concerns about the social media giant's user growth and its ongoing operational challenges make Twitter a terrible investment. We warned investors to avoid TWTR stock and, sure enough, we saw a price crash in recent days.

Investors need to know just how far Twitter stock is poised to fall should the firm not find a buyer. Our latest analysis shows that the firm is going to see losses in the fourth quarter. Check it out, right here.

Money Morning Chief Investment Strategist Keith Fitz-Gerald breaks down the Twitter numbers and tells investors that they need to stop speculating on a deal. In fact, he's found two investments that will provide far better returns in the future. You can read all about them, right here.