After Sunday night's presidential debate, I was disheartened.

Donald Trump was – as he himself would put it – a disaster.

And Hillary Clinton shimmied and pivoted and deflected all night long to try and avoid looking like what she plainly is – a garden-variety corrupt-to-the-gills politician.

I wish I could just be cynical and say it was Washington politics as usual – but really, this felt a lot worse than that. 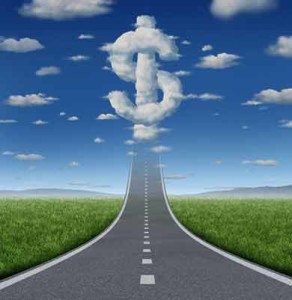 So afterward, I did the only thing that seems to make sense right now.

I went back to work finding great tech stocks and funds for you folks – the kinds of investments that will truly put you on the Road to Wealth.

That lifted my spirits – and I thank you for that.

In fact, my investigation showed me why America will always be great – never mind the morass we may now find ourselves in.

Better yet, my fact-finding mission led me to a wealth-building tech investment that proves my point.

American high-tech and life-sciences firms have pushed the market higher and higher since the end of the financial crisis. Just as they have done throughout our nation's history.

Trending: How This Growth Catalyst Will Send Facebook Stock to $250

From the steam engine and the lightbulb to the semiconductor and the smartphone, U.S. technology changes the world around us, creating new wealth along the way.

As I often remind you all, the Road to Wealth is paved with high tech.

And that's why I think you should look at the Guggenheim S&P 500 Equal Weight Technology ETF (NYSE Arca: RYT). It holds more than 70 stocks, each of which, as the name says, is equally weighted.

Then there's Intel Corp. (Nasdaq: INTC), a broad play on the booming semiconductor industry. RYT is also invested in a Facebook Inc. (Nasdaq: FB), a leader in social media, the mobile revolution, and virtual reality.

But those household names are just a taste of RYT's enticing investments. Some of the fund's other 60+ holdings with great technology and excellent financials include…