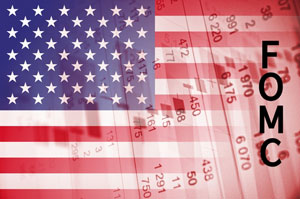 This morning, the Dow Jones Industrial Average slipped ahead of a major announcement by the Fed Open Market Committee (FOMC).

The U.S. central bank will release the minutes from September's monetary policy meeting.

On Tuesday, the Dow shed 200 points after a sell-off in healthcare stocks and a rising dollar battered commodity prices.

Now let's look at the most important market events and stocks to watch today, plus your economic calendar, for Oct. 12, 2016.

The Dow Jones Industrial Average projected a 28-point decline ahead of today's release of the September FOMC meeting minutes. Before the release, pay attention to speeches from two members of the central bank.

Trending: You Could Be Stuck with Deutsche Bank's Bills

Oil prices were ticking higher on Wednesday as investors eyed a surge in imports in India and speculation continued about the success of OPEC's production deal. Money Morning Global Energy Strategist Dr. Kent Moors has been taking a cautious approach to the recent deal among OPEC producers. Here's his latest insight into the games being played by Saudi Arabia energy officials.

But the big story on Wednesday is taking place across the Atlantic Ocean. The fallout from the British exit from the European Union (Brexit) is wreaking havoc on the sterling. This morning, the pound climbed and rebounded from 31-year lows. For the first time in history, dollar-pound parity could become a reality. In other words, the pound could soon be worth as much as the dollar. What does this mean for traders exposed to the British economy? We break down that answer, right here.