These are different currencies, of course, but no currency is an island unto itself; nothing operates in isolation. Each of these currencies impacts and pressures the others, along with a whole host of “minor player” currencies, like the Australian dollar or Swiss franc.

I won’t sugarcoat this: In the long view, central bankers run amok will eventually succeed in their collective Don Quixote-like quest of destroying the value of paper money, leaving gold as the only currency left standing – or worth owning.

And that’s precisely where the most profitable trades are…

Gold has a bright future ahead of it. It sits at around $1,255 an ounce today, but it’s not unreasonable to expect it to hit $4,000 to $5,000 an ounce the next few years and decades. It is the ultimate anti-paper currency. It is insurance against the destruction of the dollar (and all other paper currencies) by central bankers. The destruction of the value of paper money is a certainty, like death and taxes. 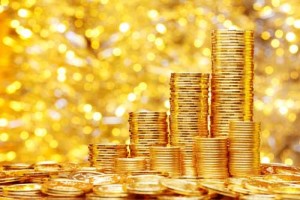 What’s more, Federal Reserve Chair Janet Yellen, as well as European Central Bank President Mario Draghi and Bank of Japan Governor Haruhiko Kuroda, have publicly stated that they want inflation to rise. That means that they want the value of paper money to fall. While official inflation statistics say that inflation is low, real-world prices are rising quickly. These central bankers are completely failing in stimulating economic growth, but they are succeeding in destroying the value of paper money.

Interesting and important article. As an active currency trader via futures I would add a caveat about the Yen. It indeed has been frustrating for some who were expecting weakness. But like it or not, crazy or not, the market still very often uses it as a "safe haven" when US stocks show weakness, and it is very tied into the US Bond market as well. Sentiment rules the currencies more than logic for streches of time. Shorting it is fraught with risk right now.. In my view higher probability trades would be long gold for a longer term perspective. And both the Euro and the Pound could be favorable short trades as well with wise timing..